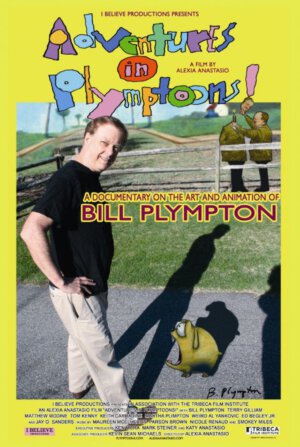 Are you a Bill Plympton fan? Here is your chance to look into the mind of this famous independent animator.

When it comes to independent animators, Bill Plympton is the undisputed King. His illustrations have been featured in The New York Times, The Village Voice, Vogue, Rolling Stone, Vanity Fair, Penthouse, and National Lampoon. Plympton earned two Academy Award® nominations for his films YOUR FACE in 1987 and for GUARD DOG in 2005. He has directed and animated over sixty animation shorts, live action features, music videos, commercials and documentaries. He also holds the title as the only artist who has animated six feature length films by himself.

Some of his most recognized work includes: the morphing heads which appeared on MTV in the late 80s, his animated music videos for Kanye West’s Heard Em Say video and Weird Al Yankovic’s Don’t Download This Song and his opening sequence for “The Simpsons” episode Beware My Cheating Bart which aired on April 15, 2012.

You can see the Trailer Here