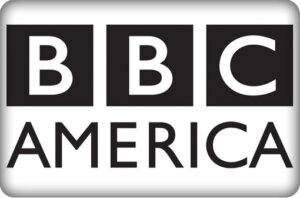 BBC America has announced they are commissioning a new science fiction show to join Doctor Who and Being Human as part of their Saturday night line up. Orphan Black, co-created by Graeme Manson (Flashpoint) and John Fawcett (Spartacus), is a ten part series focusing on a girl named Sarah who learns she’s a clone. The series is to begin production this Fall in Toronto.

“Orphan Black has the perfect blend of excitement, mystery and action. We’re delighted that what was initially developed at The Canadian Film Centre by Graeme Manson has found a home on Space and BBC America, and we look forward to working with all our partners to bring this exciting new project to life,” says Corrie Coe of Bell Media.

Perry Simon (General Manager, Channels, BBC Worldwide America) adds: “Orphan Black is a non-stop thrill ride that is a perfect fit for BBC America’s Supernatural Saturday. In the talented hands of Graeme Manson, John Fawcett and Temple Street Productions, it promises to be a genre game changer. Move over zombies — send in the clones!”

After witnessing a woman’s suicide, Sarah assumes the strangers identity – who happens to look just like her. Expecting to solve all her problems by cleaning out the dead woman’s savings, Sarah is instead thrust headlong into a kaleidoscopic mystery as she realizes the dizzying truth – she and the dead woman are clones.

As Sarah searches for answers, she discovers the chilling fact that there are more people like her out there – genetically identical individuals who were planted in unsuspecting birth parents and nurtured in completely different circumstances. With no idea who created the clones, she’ll need to discover the reason in a hurry as an assassin is killing them one by one.