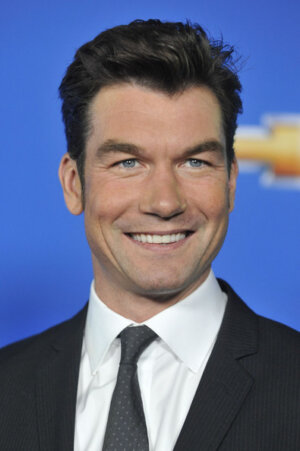 We already knew actor/comedian Eddie Izzard is set to portray Grandpa, British actress Charity Wakefield will play niece Marilyn, Mason Cook takes on the role of Eddie, and now NBC has found their Herman Munster: actor Jerry O’Connell for the reboot of the classic 1960s sitcom, The Munsters. O’Connell reprises the role the beloved late Fred Gwynne originated. O’Connell was last seen on the small screen in The Defenders.

Currently NBC would like to cast actress Mariana Klaveno as Lily (originally portrayed by the wonderful Yvonne DeCarlo) for Mockingbird Lane but she is under contract to ABC at this time due to her work in Devious Maids a pilot for a series not on the schedule of any ABC affiliated network. Production should begin shortly after an actress is cast as Lily.

As previously noted, Mockingbird Lane will be a much different take on the Munster family as opposed to the original series. Out is the straight comedy approach and in is a moody dramedy approach reminiscent of writer/producer Bryan Fuller’s Pushing Daisies.