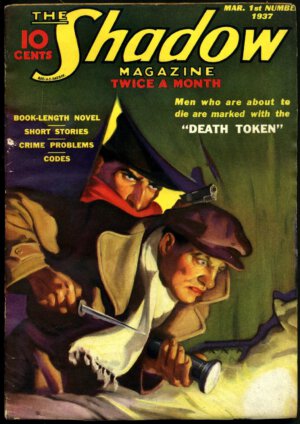 As the superhero film genre has become firmly entrenched at your local multiplex comic publishers of all sizes are scrambling to bring new franchises to the masses. From time honored classic characters to relative newcomers to the four color world, who will be next to hit box offices? Here are some possibilities from four of the largest comic publishers.

Marvel – With three unannounced projects slated for 2020, odds are pretty solid we’ll be seeing another team film arrive from the House of Ideas. I would lean toward The Inhumans being added to the production schedule, although there are quite a few high ups at Marvel pushing for Runaways to receive the big screen treatment. Personally, I think Runaways stacks up as a television (or Netflix) project more than anything else.

DC Comics – The wheels came off the wagon somewhat with Batman V Superman and Warner Brothers made changes to the command structure overseeing the movie side of the comic franchises. Part of the problem facing the DC universe is the fact that outside of the big three (Batman, Superman, and Wonder Woman) no one in the canon stands out as having the potential for a billion dollar box office. One thought is to mine gold from the Vertigo imprint and bring Neil Gaiman’s The Sandman to the big screen. Interestingly enough that film wouldn’t release through Warners though since New Line Cinema currently holds the rights.

Dynamite Entertainment – A few weeks ago I would have easily said Doc Savage was the most solid pick to make the leap but seeing news just broke Dwayne Johnson is set to portray The Man of Bronze, picking Doc now is a no brainer. So let’s go out on a limb while staying on the pulp side of things. The Shadow, if the proper budget and talent were devoted to the project, would make for a fantastic tent pole property. The previous film incarnation wasn’t horrible but simply a bit lackluster. In the right hands, Lamont Cranston’s alter ego could give the Batman a run for his money in enough attention is paid to the main character rather than everything around him.

Image Comics – While Image isn’t necessarily a superhero driven publisher anymore that doesn’t mean there isn’t an ongoing series deserving of a big budget film entry. Robert Kirkman’s Invincible easily fits the bill. What began as a bit of a riff on an everyman, Spider-Man-ish hero quickly turned into one of the must read series hitting FLCS on a monthly basis. Invincible would provide just enough of the familiar beats for superhero movie fans to get their toes tapping while unleashing plot twists and developments which have kept readers coming back for more over the last decade.

This Week Score BioShock: The Collection Absolutely Free for PC