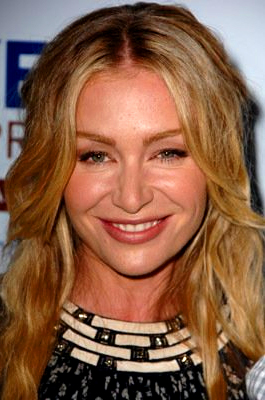 NBC has finally found their Lily Munster for the Mockingbird Lane series. Portia de Rossi (last seen in Arrested Development) will take on the role originally played by Yvonne De Carlo in what The Hollywood Reporter is calling a “hyper stylized reboot” of The Munsters. De Rossi joins a cast that already includes Jerry O’Connell, Eddie Izzard, Mason Cook, and Charity Wakefield.

The Hollywood Reporter also opines the new version will be an “edgier and slightly darker take that will explore the origins of Herman (O’Connell) and Lily (De Rossi) and how they arrived at the famed 1313 Mockingbird Lane.”