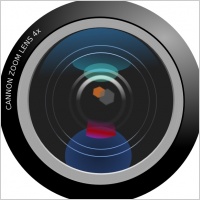 Well I came to learn, on Sunday, we had six images up on the site that we should not have had posted. Both parties who took the photos contacted me and I explained how the images came into my possession and offered to take them down or amend the captions to include credit. One person understood and asked to give credit (which I have) and the other ended up getting off on the wrong foot with myself.  I’ll be the first to point out that I certainly added to the “wrong footedness” because I read the initial email in a much more accusing and nasty way than it (no doubt) was originally intended.

These photos had been forwarded to myself for inclusion in some reviews we were doing. So when I received an email from the second party I thought to myself, “What the hell’s going on here?!?!?!” So now I’m mad because I’m feeling like I’m getting hung out to dry. At this point I believe we’re not doing anything wrong so I responded that it had been explained to me, by someone in the game publishing industry, about copyright and so forth. No doubt I’m off base on that front too but I did point out that I would pull the photos if the owner wanted me to. I didn’t hear back on what was wanted done so I just removed them.

I’ll be the first to admit, we had a photo posted, right when we started, from the first gentleman and I admitted to the mistake; I’ll always take personal responsibility for anything regarding the website and I don’t remove comments or any such (unless obvious spam) because I truly think we’re pretty transparent here. If we’ve done something in the wrong I’ll admit to it and the dialogue will be right on the front page – just like this note. We’re not here to rip people off or take credit for someone else’s work.

So it looks like we have unfairly used these photos and it surely was not our intent. Now knowing that permission had not been given for the works to appear here they were either correctly credited or removed. I certainly do apologize that they were on TGG in the first place regardless of how they were presented to us.

An Apology to Stephen Buonocore and the Stronghold Games Team