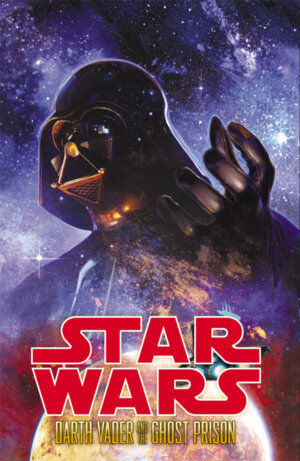 As a true Star Wars fan, I’m sure you looked into many of the stories that have linked Episode III and IV. However, if you have not checked this one out yet, you are in for a treat. From Episode I-III, you got to see Anakin Skywalker’s growth and power along with his anger and fears, which eventually led to the transformation into the dark Sith lord we all know. Here you see how the darkside of the force continued to consume him, not only as a man of anger and denial, but now as a machine of deep self-hatred that fuels his power. Set 19 years before Episode IV: ‘A New Hope’, this title give you great insight not only to a piece his story, but the birth and dawn of very dark fragile times, the struggling rise of the empire, and construction of the Death Star.

This volume initially came out in a 5 book series published by Dark Horse last year, where it was dubbed the “best Star Wars comic in years” by IGN and “instant classic mini-series” by ComicList. Now it is our turn to take a shot at this ‘all-in-one’ hardback and see if TGG agrees as well… 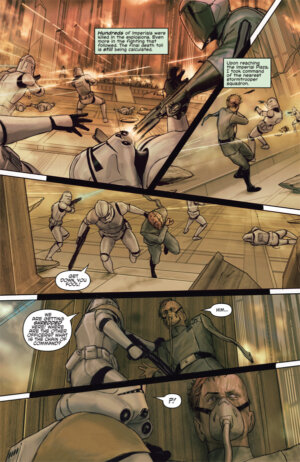 From the point of view of a disabled yet brilliant cadet fresh from the Academy, named Tohm, has found his self quickly thrown into the fire due of a terrorist attack which nearly leaves Emperor Palpatine dead. During a time where the Rebel Alliance is not yet in existence, many took it upon themselves attempting to eliminate the new rising power. Loyal to said Emperor, Tohm finds himself  alongside a cybernetic implanted Moff Trachta, with Darth Vader to scramble together a plan to fend off a group of insurgents taking a stand. With starships being scarce and troopers spread throughout the galaxy; trying to gain complete control, extra measures had to be taken.

Off to find answers, Lord Vader and Tohm make a chilling re-visitation to his old stomping grounds, the Jedi Temple. Here entails a dramatic scene of him watching a hologram of himself as Anakin before the Jedi Council. He then witnesses an unseen conversation that leads to tremendous anger towards the Jedi Council and their ways. An action that made him feel betrayed and in turn, justified for his choice to turn to the darkside. 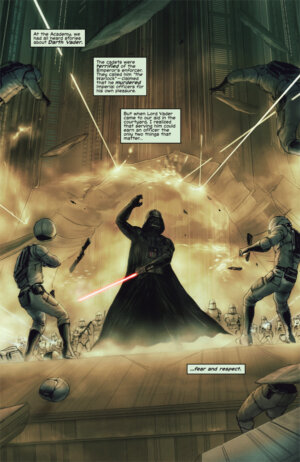 Amongst all of the pain relived and the reopening of a deep wound, Vader and Tohm discover a secret prison, (hence ‘Ghost Prison’), where the Jedi held criminals discreetly, so discreetly even the Senate nor the entire galaxy knew of it. By way of an epic ‘survival of the fittest’ battle between Vader, Tohm, Trachta and the prisoners, a final group was formed. Ones so dominant they become ready to devastate the terrorists; the ones that plague the Emperors progress to rule the entire galaxy…

I will leave the rest for you to find the Easter-eggs, especially the shocking ending. With that said and without any spoilers, This is one of the best stories that has come out to link Episode III and IV to date, and this is coming from an original trilogy fan perspective. Trust me, I’m not going to “Jar-Jar” my fellow Star Wars fans around out there… The artist Agustin Alessio deserves as much credit as the writer Haden Blackman on this one as both of their methods worked together in fluid harmony. I found myself many times going back through the pages just to look at the art, and many where Alessio made Vader marvelously portrayed or in my terms in ‘beast-mode’.

The lightsaber and fighting scenes were incredible, to the point I felt like I was watching a new Star Wars movie, at least in my imagination anyways. Everything was in absolute precision, and bravo to Dark Horse and the team on a great piece that is sure to leave you wanting more.

The lightsaber and fighting scenes were incredible, to the point I felt like I was watching a new Star Wars movie, at least in my imagination anyways. Everything was in absolute precision, and bravo to Dark Horse and the team on a great piece that is sure to leave you wanting more.