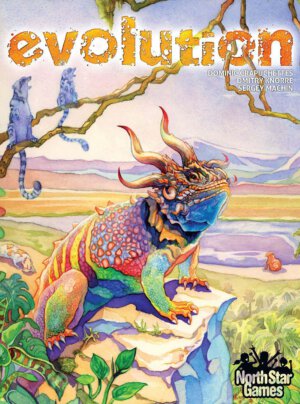 Genre: Nature themed game of survival of the fittest

TGG Review
10 TGG SCORE
0 VISITORS' SCORE (0 votes)
Summary
I really enjoy Evolution and it's easy to see why this is an evergreen title for NorthStar. The components are nicely done and the artwork from Catherine Hamilton is outstanding. The game is easy to learn but there's a surprising amount of hidden depth to the strategies you may take in order to win. Going against the grain of the other players can go a long way toward success too. This is a title which still makes its way to the table with the gang, which is saying something when you consider how many games we review.
REVIEW SCORE
What people say... Leave your rating
Sort by:

All Time Wrestling Hits the Ring in Q4

Batman: Everybody Lies Revealed for a Q2 2022 Release from Portal Games