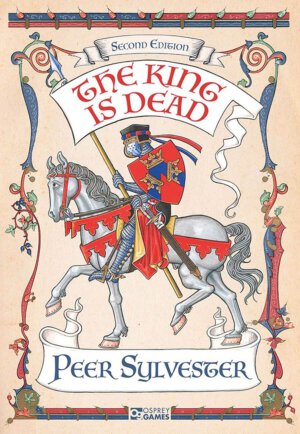 I share a how to play, as well as my review, for the second edition of the light strategy game The King is Dead from Osprey Games. Is this a case of The King is Dead, Long Live The King …is Dead? Or should this game be buried with the aforementioned late king? You’ll find out!

02:13 How to play The King is Dead
23:56 Final thoughts and review score
TGG Review
8.5 TGG SCORE
0 VISITORS' SCORE (0 votes)
Summary
The gang and I really enjoyed our time with The King is Dead. While this is a light strategy game there's actually a bit more brainpower required to play well than you might initially think. You'll need to balance using your actions when you can get the most bang for the buck while also making sure you don't run out of actions too quickly. The component quality is nicely done, although I think the box is far larger than it needed to be, thus making it less portable than it could have been.
REVIEW SCORE
What people say... Leave your rating
Sort by: