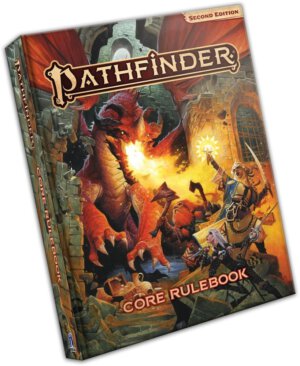 If you’ve been holding out on checking out the second edition of the Pathfinder RPG, from Paizo Inc, then hold out no more as the system is the focus of the newest Humble Bundle and by taking part you’ll support the fight for racial justice.

At the $5.00 level score PDF highlights such as the core rulebook, the Fall of Plaguestone adventure and Flip-mat, and eight other digital goodies.

At the $10.00 level you can grab the Lost Omens World Guide, the Pathfinder Society adventures Port Peril Pubcrawl and Trailbrazers’s Bounty, four flip-mats, and more.

And, finally, for $30.00 get the whole shebang plus the physical core book. You do have to pay for shipping on the book though.