It’s Thursday so that means we’re got free PC gaming goodness from Epic Games. This week brings a double shot with both Bridge Constructor: The Walking Dead from ClockStone Studio and Headup as well as Ironcast from Dreadbit Games and Ripstone absolutely free. You can score these two games through 10am CT July 15th. 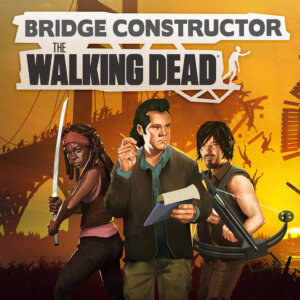 Experience the fun of KILLING WALKERS using the POWER of your BRAIN!

Join a group of survivors as they fight against hordes of undead walkers and a hostile human community. Build bridges and other constructions through bleak landscapes and ruined structures. Team up with fan-favorite characters like Daryl, Michonne and Eugene, and create safe passage for iconic vehicles from the series.

Use movable level objects, explosives and baits to your advantage as you lure walkers into lethal traps and guide your survivors to safety. Enjoy the physics-based frenzy and ragdoll animations as walkers succumb to the forces of gravity.

• AMC’s The Walking Dead meets Bridge Constructor
• Create elaborate constructions and lethal traps
• A captivating plot featuring new faces as well as iconic characters and vehicles from the series
• Numerous brainteasing levels and countless brain-eating walkers
• Make use of movable objects and explosives to lure walkers to their doom.
• Save your survivors and smash the undead hordes
• Brutally funny walker ragdoll physics. 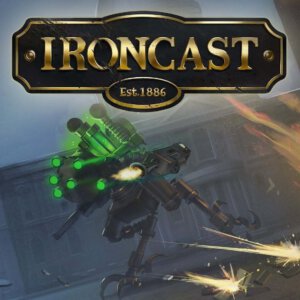 Inspired by Victorian-era science fiction writers such as H.G. Wells and Jules Verne, Ironcast is set in an exciting alternative history; a time when refined men and women in top hats and bonnets commanded gigantic walking war machines, laying waste to the enemies of the British Empire! Take control of a 7 meter tall walking vehicle called an Ironcast and face off against an invading force of enemy Ironcast in order to defend 1880’s Victorian England.

Battles are fought by generating resource nodes which in turn drive the Ironcast’s various weapons and systems. You must choose how to spend these nodes wisely, either offensively in order to cripple and destroy your opponents, or defensively, if they suspect a barrage of incoming weapons fire is due.
Features!

Roguelite campaign mode where death is permanent but with persistent rewards from one game session to the next. Drive back the invading forces and press forth for victory!
Hand painted art style.

Inspired by the steampunk genre and Victorian science fiction.

Loot new technology and upgrade abilities from the wrecks of fallen enemies.

Customise your Ironcast with a range of unique weapons and defensive systems. Over 50 different unlockable items will ensure an almost limitless number of combinations.