It’s Thursday so that means we’ve got free PC gaming goodness heading our way from Epic Games. This week is another two-fer as you can scoop up both Mothergunship from Terrible Posture Games and Versus Evil as well as Train Sim World 2 from Dovetail Games. You can score these two games absolutely free through 10am CT August 5th.

Mothergunship from Terrible Posture Games and Versus Evil 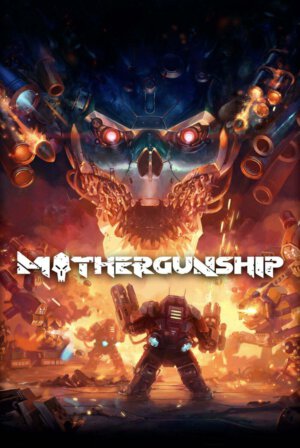 MOTHERGUNSHIP mixes bullet-hell intensity with the FPS genre, and brings one of the largest gun customization options seen in video games. It’s up to you to equip your over-the-top arsenal and defeat a robotic alien armada that has conquered Earth.

Craft gun monstrosities that no reasonable person could ever lift, fight gigantic bosses and experience randomized mayhem as you battle your way to the heart of the fleet to destroy the MOTHERGUNSHIP!

Face off against overwhelming odds in brutal, non-stop combat where thinking on your feet is the only way to survive. Dodge hundreds of bullets with unique FPS/Bullet-hell hybrid gameplay. Each ship hosts hordes of alien machines, deadly traps, and intimidating bosses, all set on preventing you from saving humanity. Go get ‘em.

To take down the MOTHERGUNSHIP, you’ll need your very own personalized arsenal of destruction. Luckily, in MOTHERGUNSHIP you can create the gun of your dreams with one of the most modular gun-crafting systems ever seen in a videogame. Want to have twelve-barrel gun that shoots homing rockets? Or do you prefer a lightning shotgun? And what gun wouldn’t look better with a fishtank affixed to the top? Go for it! The design of your destructive arsenal is in your hands.

Join the ranks of the resistance against the robotic alien invasion. Destroy hordes of metallic fiends and earn your way to the Mothergunship! Fight together with a friend in a full co-op experience, while you work together to cut through the alien fleet and reach that ultimate goal – bringing down the MOTHERGUNSHIP. 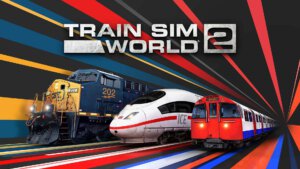 Drive high-speed inter-city German rail for the first time as you push the throttle and climb speeds in the famous DB ICE 3M out of Köln. Take on the challenge of hauling long freight across Sand Patch Grade including the Cumberland Terminal using the raw power of the CSX AC4400CW. Master the patterns and stations of the world-famous London Underground on the Bakerloo Line.

All official licences, all authentically recreated – you’re in the cab and in control.

Customise how you play with the Scenario Planner – Create your own scenario. Customise locos and destinations, then jump in and get driving. Quick drive, your way.

Experience A New Level Of Realism

Get clearer information on instructions, gradient and speed profiles as you drive, including new HUD displays, clarity to the onboard safety systems, brake controls, power meter and accelerometer. A new controller scheme will give great choices on Camera and Driving modes and allows easier access from external camera mode to enter another vehicle in your consist, all while full physics and simulation are still running.

With Dovetail Live you can track your progress and stats online – Reviewing your performance and sharing and comparing with friends. Railfan Shots also give you the control to upload your screenshots to a personal gallery to share.