I wanted to take a moment to give a heads up on how things are going with my recovery from triple bypass surgery back on June 7th. Yesterday I ventured down into the Duct Tape Studios for the first time since the end of May; keep in mind I was in the hospital nearly an entire week before the bypass. I was just running some Window updates on the computer which renders all my video shoots and streams. I’m still a ways away from putting together anything as far as new reviews or streaming The Dispatch though.

My voice is really weak, hoarse and raspy. I know I’d have a very hard time talking for more than a couple of minutes at a time; my voice constantly feels like I was yelling throughout an entire ballgame. My energy level comes and goes too as does my appetite. Still, I’m feeling pretty good for the most part and the two nurses who’ve come out to check on me have said I’m doing fantastic!

I’m hoping to be sharing new videos and streams sometime in very late June/early July, if all goes according to plan. Thanks for all the kind thoughts and prayers gang! They really mean a ton!

Jeff McAleer
Founder/Editor-in-chief of The Gaming Gang website and host of The Gaming Gang Dispatch and other TGG media, Jeff tackles any and all sorts of games but has a special fondness for strategy, conflict sims, and roleplaying games. Plus, he's certainly never at a loss for an opinion...
Latest posts by Jeff McAleer (see all)
Tags: Jeff McAleer, Jeff's Health, Triple Bypass 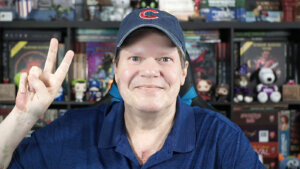 An update on Jeff's health and how things are going with his recovery from triple bypass surgery back on June 7th.
0
Awful