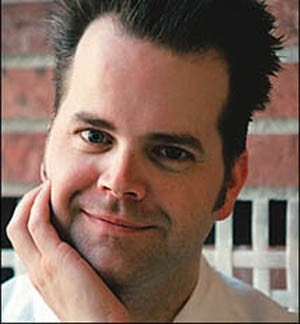 On Thursday night, author and comic writer Chris Roberson celebrated the completion of his work with DC Comics by taking to his Twitter account and very publicly nuking (not just burning) bridges with the comic titan. It appears that Chris has taken serious issue with the ethical business practices of DC and lambasted the company in Twitter-Speak:

“Having an afternoon cocktail to celebrate the end of my time at DC.”
“Aside from the Fairest arc I already committed to doing, iZombie will be the last time I’ll ever write for DC.”
Roberson later went on to clarify things as he was asked if DC mistreated him:
“Less in their treatment of me than in their treatment of others and how they conduct their business in general.”
Later in the thread, a fan hoped Roberson would helm Legion of Superheroes, he replied:
“Sorry. In a better world, characters like the Legion would be owned by a more ethical company, but sadly not in this one.”
Asking what he meant brought this answer:
“The short version is, I don’t agree with the way they treat other creators and their general business practices.”
Later, he points followers to give a read to this Comics Alliance op-ed piece entitled The Ethical Rot Behind ‘Before Watchmen’ & ‘The Avengers’:
“To those wondering why I won’t be working for DC again, this post by @hermanos sums it up nicely.”

Kudos to Chris Roberson for saying what’s on his mind and I strongly encourage TGG visitors to give the Comics Alliance article a read.

What are your thoughts of Roberson trashing DC on his way out the door?