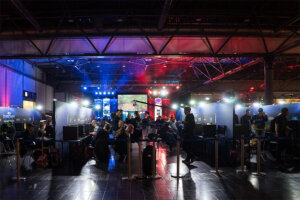 In the eSports community, names such as C6 and Feg are bound to turn heads and receive the same level of recognition awarded to Pele, Djokovic, or Beckham. But in the wider world, these names may mean next to nothing. The battle for eSports has not just been to establish itself – because it has done this well – it has been to have the rest of the entertainment industry take it seriously. With some high-profile tournaments and a push for digital engagement, are people finally beginning to see the benefits of eSports?

A look at some of the highest-earning eSports players could help show people that the industry is profitable, lucrative, and possibly representative of the future of competitive gaming and competitive sports. Johan “N0tail” Sundstein managed to rake in $6.9 million for playing Dota 2, while Andreas “Xyp9x” Højsleth earned nearly $2 million for Counter-Strike: Global Offensive. The massive amount of prize money for games that almost anyone can attempt to achieve shows that the industry is one of accessibility and prosperity.

The development of lucrative careers could be the push that people need to see for them to take eSports seriously. By noticing that there could be quite a lot of money involved, those who have been oblivious to the industry may finally realize its viability. Teams who want to recruit talented players will offer them tremendous amounts, as well as accommodation, catering, and a network of support. Those who dismissed the industry may finally begin to realize that there is more to it than just playing video games.

The accessibility of eSports compared to traditional sports may also help encourage more people to get into the industry. All it takes is time, a reliable internet connection, and a passion for gaming for anyone to get involved. This low barrier could help cultivate talent from around the world including lower-income areas.

Having eSports treated just like regular sports was a ceiling that the industry needed to smash through. This was achieved by fans being given the ability to place bets on eSports which gave the legitimacy needed to bring eSports to the fore. If people can bet on virtual racehorses, why not bet on gamers whose progress can be better tracked? By being able to bet on eSports in the same way you can bet on traditional sports such as soccer and tennis, the field of eSports is given greater credibility as a worthwhile industry in itself.

The sports betting options at Royal Panda are a good example of legitimate bettors that include eSports. By showing us that there is an opportunity to bet on eSports games, we are shown the path to further legitimacy. Some of the most popular eSports games, including the Flashpoint and cyberPRO versions of Counter-Strike Global Offensive, are available to bet on. Included in these options are the teams which are making the biggest names for themselves in the eSports arena – including Winstrike, Team Secret, Gambit Esports, and AGO Esports.

The sports channel ESPN even has a section for eSports and points its audiences towards tournaments. The ease of watching via Twitch and following the action through social media means that it can be easy to go from a novice spectator to an engaged fan with a favorite team in no time at all.

The appeal of eSports is that it straddles the world of sport and the world of gaming. It provides competitive play that can be spectated, engaged with, and bet on – just like sports. On the other hand, it requires dexterity with a keyboard, controller, and mouse, as well as teamwork and cooperation, just like gaming. Seeing an increase in legitimacy in both fields will undeniably help eSports, and 2021 could be the first year where the industry is given the respect it deserves.

Looking at Comic Characters and Their Connection to Gaming