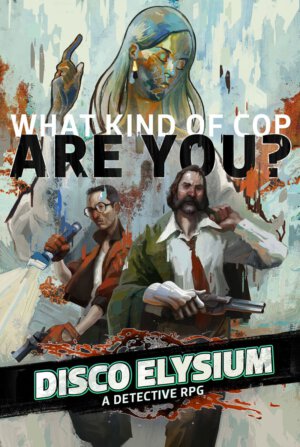 The dawn of the video game era helped to introduce RPGs to the masses, and there have been some seriously exceptional efforts in this genre released over the years.

If you are looking for a digital alternative to a tabletop RPG to play, consider checking out one of these boundary-pushing titles.

Released almost a decade ago but recently remastered, Dark Souls is a dark fantasy RPG made by Japanese developer From Soft that takes its inspiration from Western swords-and-sorcery sources, creating a heady mix of a macabre and mysterious narrative with incredibly satisfying combat.

From its deliberately obscure story line to its epic boss battles and the sheer amount of choice it gives players in terms of how they approach the challenges it poses, Dark Souls is an undeniable classic. Sure, the difficulty could be described as punishing, but it is worth putting in the effort to get over the initial learning curve to experience all it has to offer.

The most recent entry in this long-running series of games proved to be a breakout hit and managed to spawn almost endless memes as well as being ported to almost every system under the sun.

At its core, Skyrim is a tale of daring heroes taking on fire-breathing dragons, the kind of tale that has inspired everything from movies to the modern slots games you can play at a casino online. However, in the hands of the developers at Bethesda Studios, this well-trodden path forms just a small part of a much larger, more intricate whole.

While you can focus solely on completing the main quest line, Skyrim is heaving with distractions. You can spend hundreds of hours collecting resources, perfecting your smithing, building your own home and even raising a family if you wish. You can wander the wilds collecting herbs and honing your alchemical capabilities. You can hunt bears, become the archmage of a magical college, join a thieves guild and everything in between. And like Dark Souls, the special edition of Skyrim offers enhanced visuals that stop it looking too long in the tooth.

The most recent of the games in this list, Disco Elysium has been heaped with praise since arriving in 2019, in part thanks to its stellar storytelling but also as a result of its adherence to the essential elements of tabletop counterparts which make them so flexible and fun to play.

The overarching framework is simple enough to grasp; you slip into the booze-soaked shoes of a detective who has a murder to unpick. The twist is that you have amnesia, so it is as much a story of self-discovery as it is one of investigating a case and inhabiting a richly realized world.

Progress is achieved by chatting to NPCs, and it is these conversations that largely take the place of straightforward combat. You can assign skill points to attributes which impact conversational choices and the writing alone should be enough to win you over from the word go.

The first two Witcher games are fine pieces of work, but they pale in comparison to the achievement of the third in the franchise.

The gorgeous graphics and impressive artistry of the way the landscapes are constructed should be enough to keep you occupied, although it is the wealth of interesting characters and terrifying beasts that lurk within it that will have you piling hundreds of hours into The Witcher 3.

Perhaps the most refreshing thing about this RPG is that the main character, the white-haired wise-cracker Geralt, is not the linchpin of the entire story, but rather a smaller cog in what feels like a finely rendered, living, breathing world.

The first game is fun but has its frustrations, the third had wonky elements and a controversial ending, but the second is sheer perfection; an RPG space opera with likable characters, appealing combat mechanics and a surprising degree of player control over the direction the story takes.

As Commander Shepard, you will be more concerned about managing your relationships with the crew members of your ship than paying attention to the overarching plot, and this creates for some truly memorable, occasionally heart-breaking moments.