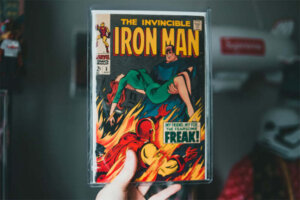 Comics are all about using images, combined with text, to express ideas, and they take the form of a sequence of panels of images. Although comics are thought to have originated in the late 19th century, the first true comic books were marketed in 1933 as giveaway advertising premiums.

Being easy to read, as well as being fun, has helped comics to become popular, and the world has seen a plethora of comic characters on TV screens, movie screens and in video gaming. Some people have even made a hobby out of collecting comics and comic books. Below is a look at the world of comics and their connection to gaming in more depth.

Exploring the links between games and comic characters

Think comics and you’ll think of giants such as Marvel and DC Comics. Characters such as Batman and Spiderman have led to some super video games. Games based on comics will often have mechanics that are unique to the protagonists of the game/comic itself, without the player even realizing it.

Not only characters inspire games, however. Comic book storytelling in itself can influence the games. In some games, the actual comic-style presentation features in the game, such as in the game “Comix Zone” or “Comic Jumper”.

Games that include characters from comics

As mentioned, comics and comic books have led to some superb games with the characters from the comic strips serving as the protagonists. Here are some of the finest:

The karate-kicking, weapon-wielding, pizza-loving Teenage Mutant Ninja Turtles caused a sensation when they exploded onto TV screens in the 1980s, but, originally, they started their lives within the pages of a comic book. As the characters became more popular, the company Konami decided to get on board with the craze and produced a highly popular game. Up to four players can play at one, each one as either Michelangelo, Donatello, 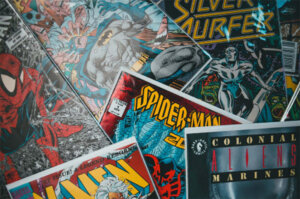 Raphael or Leonardo. The game is still popular today.

It’s hard not to love Asterix and Obelix, France’s most famous series of comic books. Many games have featured the two. In 2020, game developers blessed fans with a remastered version of Asterix and Obelix XXL that captures all the spirit of the series. In this co-op beat-em-up, you’ll come up against plenty of Romans and have to defeat them. You’ll also have to endure some groan-inducing historical jokes, but that’s part of the fun. It wouldn’t be an Asterix game without them.

The Caped Crusader, Gotham City’s mysterious protector, gives gaming and comic fans the best of both worlds with this stellar online slot. Comic characters such as Batman have inspired many new slot providers to create slot theme games based on the fictional superheroes.

There are three different wilds in the slot, which can stand in for other symbols and provide players with the opportunity to form winning combinations. The regular wild is the Batman symbol and can appear at any stage. The expanding wild can appear at any stage, too, and when it lands on the hotspot, the middle spot on the middle reel, it expands to fill the whole row. Then there are various special wilds, each with different qualities such as multipliers or duplication of adjacent high-paying symbols.

Of course, Batman Begins isn’t the only superhero-based slot out there. Online casinos are looking to attract new players constantly and operators like to offer variety. By including games that have a superhero theme, slot providers hope to attract fans of comics. Since they’re already familiar with the character and may even empathise with them or relate to them in some way, the fans may also wish to play games that feature them. Better still for the player, in a lot of cases, they get to be the protagonist.

Today, the popular Marvel superhero with the retractable claws, the incredible regenerating ability and enhanced physical ability is less of an anti-hero, according to some, and more child friendly. This spoiled the movie for some fans.

The game, however, doesn’t disappoint. Whereas the story of the film was a bit ‘Meh’ to fans, the game adds more to the story and also returns to Wolverine’s die-hard fans the violent, aggressive character he is. Those qualities are what make the game so enjoyable. X-Men Origins: Wolverine is a third person hack-and-slash type of game and does a neat job of attention to detail with a little focus on his healing capacity. It’s one of those rare instances in which the game is better than the movie.

A source of inspiration 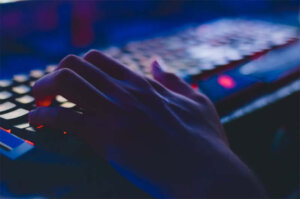 Stats on the website of consumer and market data company Statista show that gaming is a multi-billion-dollar industry, which it has been so for many years now. The worldwide PC gaming market, for instance, generated revenue of almost $37 billion.

Comics have served game designers and developers with immense inspiration. Comics, especially comic books, give them great flexibility and, in some games, you’ll find moments in the games that the comics haven’t explored in much depth.

Not only this, but the visuals in comics have also taught designers and developers a lot about presentation: how to frame the different environments, how to represent characters and information visually, and how to compose all the different elements into something aesthetically stylish.

Comics are entertaining to read, and the characters in them are entertaining to follow and have led to some superb games. If you can’t get enough of the action between the pages, there’s a good chance that someone somewhere will have created a game featuring your favorite comic character. Brilliant!