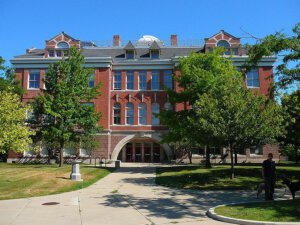 The connections between gaming, business, and technology are encouraging innovative partnerships, like the one between Eastern Michigan University and Gen. G., an operator of eSports leagues in the U.S., China, and South Korea. The initiative, announced in May 2020, has been labeled EMU + Gen.G Futures Program, and will use video games to engage current students and attract new ones. The University of Michigan, through its Recreational Sports department, followed in their footsteps and launched a competitive eSports program at the end of September.

The universities are not just entertaining their students; they are opening new career paths for them. If you take a tour of Michigan online gambling, for example, you will find that sports are among the leading offers. eSports are now expanding the concept of sports competition to an entirely new dimension. Both the gaming population and the audiences are growing. Demand is booming, and the need for highly specialized professionals to service the growing market is increasing.

Competitive e-sports on the campus is a good entry point for university students. Eastern Michigan University offers a degree in simulation, animation, and gaming. Calvin Phillips, associate vice president of student affairs, is excited about the additional opportunities that the eSports partnership with Gen G. will open: “It’s a whole industry in itself, it’s an industry that’s taken off, and we want to be able to show students, current and future students, there are opportunities to make a career out of it.”

The new program at the University of Michigan is the brainchild of the student organization previously known as Arbor eSports, Founded by Michigan alumnus Tony Yuan. They had top teams playing in Rocket League, League of Legends, Counterstrike: Global Offensive, Hearthstone, and more. The leap forward provided by the Recreational Sports Department’s adoption of e-sports will bring the activities to a higher level. Avi Lessure, Michigan eSports officer, said in a statement that the change was needed because “we heard our teams asking for support with travel, coaching, and events. As a sponsored student organization we will be able to provide vehicles for events, and funds for team development as well as have additional resources to make our events just that much better.” The Department will fundraise to equip a dedicated physical location on campus via corporate sponsorships and private and corporate donations.

Michigan Tech, located in Houghton in Michigan’s Upper Peninsula, is launching an e-sports program too in the fall of 2020. They plan to renovate two racquetball courts in the Student Development Complex and transform them into a gaming arena. Western Michigan University already has one, equipped with 36 gaming machines with high-resolution monitors, headsets, special keyboards and mice, and ergonomic gaming chairs. Twelve of the machines are used as competition computers; the rest are practice machines. The gaming stations are positioned on a stage facing auditorium seating for up to 190 people. Two large projection screens allow spectators to follow the progression of the game.

In eSports, multiplayer video game competitions are played by teams. Spectators can also watch the tournaments online through live streams. In the United States, 130 colleges and universities, as well as 3,000-plus student-athletes, belong to the National Association of Collegiate E-Sports – NACE, which offers more than $15 million in scholarships and aid.