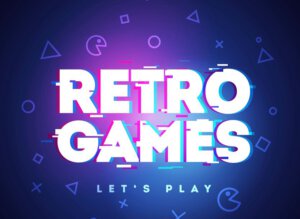 The world of online gaming is huge and if you’re new to gaming, you may feel slightly overwhelmed when trying to decide which game to play. The first thing you need to do is narrow down the selection by choosing a genre, but how do you know which genre is the right genre for you? Don’t panic, we’re here to help. Let’s take a look at a few of the most popular genres available to you; hopefully one of them will resonate with your personality and you’ll be good to go.

The Massively Multiplayer Online (MMO) genre features games like World of Warcraft and Fortnite. You’ve probably heard of these games, in fact; it’s highly likely that at least 3 people you know are playing one of them as we speak. The reason we make that bold statement is because these games are, as the title suggests, massively popular. MMO games are more than just games, they are alternate universes where you can travel, make new friends, complete quests or battle it out to become the last man or woman standing. These are games for those of you that enjoy socialising and want to interact with other people but are happy to do so virtually and from the comfort of your sofa. Some games require you to work in a team with other players and some require you to go at it alone but interact with other players during the course of your mission. An MMO game can take you on an exciting adventure, but you’ll need to be willing to put in the time and effort to really make the most of the experience.

If you’re more of a gambler than a gamer, you’re better off turning your attention to the selection of games to be found in online casinos. Within this genre you’ll find a few different categories. One of these is the slot game category and it’s the most prolific. There are hundreds and hundreds of slot games waiting for you to explore, but you can narrow down your search to a theme or style of gameplay. Slot games are extremely easy to get the hang of and require very little concentration to play. Slot games are entirely luck-based, however, so don’t make the mistake of thinking you’ll make easy money.

The next category is table games, these include classic casino games, such as poker, baccarat, blackjack and roulette. The card games require a level of skill and a good deal of concentration to play, which some people find more enjoyable and rewarding in the long run. Make sure you familiarise yourself with the rules before you put your money where your mouth is though. In fact, if you find a good no deposit bonus casino Canada 2020, you can start off playing a few games for free until you get the hang of them.

If you’re more inclined to keep to yourself and you’d rather just jump into a game where there’s more action and not so much conversation, first-person shooters could be more up your street. Games like Grand Theft Auto and Call of Duty fall into this category and the action is fast and furious from the get-go. No time to make friends or explore your surroundings at your own leisure here; you’ll need to think fast and move quickly. That’s not to say that these games don’t immerse you into a world that looks and feels pretty real, because they do; the graphics are mind-blowing, and the in-game protagonists are pretty well-rounded characters. But you’re on your own and whatever you do within the game doesn’t affect other players and neither are you reliant on other payers to move forward.

For the sports fanatic who secretly imagines themselves standing on a podium holding an Olympic gold medal or brandishing an F1 trophy, sport simulation games could be the genre for you. There are a whole host of sport themed games that will allow you to become a champion without breaking a sweat. There are also simulation games that give you the chance to build a city, become a farmer or run a business empire. Seek and you will find a simulation for almost anything you can think of.