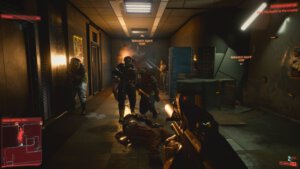 The number of video games scheduled to come out this year is astonishing. What’s more, some of the games have been in the making since 2012, so you can imagine the kind of content creators have been developing.

Meanwhile, I’ve previewed below some of the most realistic games, based on their trailers, leaks, and teasers released so far.

For a video game that has already won 100+ awards prior to its release, Cyberpunk 2077 is at the front runner for this year’s Game of the Year. The game is past development, but its release was recently pushed from April to September for further polishing.  It will be available on PS4 and Xbox One, PC, and Google Stadia once it’s out.

Why is everyone hyping Cyberpunk 2077? You’ve got to watch its trailer and its recent 15-minute video streams to find out. It’s an action-packed game set in a dystopian Californian city full of chaos, guns, and crime.

V, the main character, plays all sorts of missions, including hacking, shooting, and using machinery. His voice, hairstyle, and background can be customized. His personality and persona change regularly, depending on the mission.

The open world in which the game is set has six regions, from suburbs to crime-infested areas. V can do all sorts of chores, buy apartments, and date NPC characters. He drives autonomous cars, but he also must take down some of the powerful men and women who rule the city.

This is another highly anticipated game that recently pushed forward its release to accommodate “extra polish.” And sure enough, Id Software is determined to do all that’s needed to deliver an outstanding game come April.

So far, the game’s trailer, teasers and leaked images give hope Final Fantasy 7 will be an impeccable game. From the graphics to characters, the gameplay to soundtracks, there’s almost no chance the upcoming remake will be a disappointment.

If you haven’t had a chance to try Megaways slots, you are getting late to the party. The new genre of slots has been around for over two years, thanks to Australia’s Big Time Gaming. And so far, people who love playing high variance games have had great things to say about the slots.

For the uninitiated, Megaways slots give you up to 248, 832 ways to win. They pack their paylines on 5-6 reels and seven rows. They feature an incredible amount of bonus rounds, free spins, and jackpots.

Royal Mint slot is the creation of Big Time Gaming and will come out in February. It will feature six reels and 117,649 ways to win. It will also feature a jackpot that could reward you an amount 41,300 times your stake.

Casino software provider Play’n GO is no stranger to games inspired by ancient Egyptians. What’s more, it has perfected the art of designing ultra-realistic slots, the kind that made Book of Dead a cult classic. With their new slot, Play’n GO explores the ruins of an ancient Egyptian city and challenges to find valuable items in exchange for big payouts.

If you can trigger the bluish pyramid symbols, you can expect to win up to 1000 times your bet. If unlucky, you could also win free spins and hope for a better round. Although the upcoming game doesn’t pay as frequently as Book of Dead, its 96.23% RTP is pretty impressive.

Ori and the Wills of the Wisps

After people showered developers Moon Studios with praise for their original game, a sequel had to be made. The original, Ori and the Blind Forest, explored a guardian spirit who travels through a beautifully designed fantasy world as he solves puzzles and explores his origins.

In the sequel, Moon Studios have introduced new lands that look as impeccable as those that made the original title famous. They have new missions for Ori and unique soundtracks. They have also improved the saving features to be automated instead of manual.

What’s more, the game will be available in 4K quality. So, if you are looking for a game that will deliver the most pristine image resolutions, watch out for Ori’s release.

Blood, guns, and monsters pretty sum up the Doom video game. In March, id Software, in conjunction with Bethesda, will release a sequel to the game, one that promises more action, improved speed, and better graphics.

The developers have been taunting the upcoming release throughout video game shows and conferences. And as critics admit, the game looks stunning. The few live streams released also prove the game is tremendously fast-paced.

So, if you want to take down Doom Slayer’s monsters, you’ll need to be swift with your gaming pads. Luckily, the Doom Slayer is a walking weapon that can slice small monsters with his bare arms. He will be armed heavily with every gun available in the original game.

Similar to Cyberpunk 2077, developers have been teasing the release of the Last of Us 2 for over two years. Finally, the game will be out by May and hopeful it will be worth the wait. After all, one of the reasons Naughty Dog has been pushing its release constantly is to deliver a near-flawless game.

Again, the original game was a critically acclaimed success. From its gameplay to graphics, storytelling to everything in-between, people loved the Last of Us. Against that backdrop, Naughty Dog has been taking as much as needed to equal or better the original game’s success.

Based on its trailer, Halo Infinite looks well-produced. Its graphics are incredible, storytelling is gripping, and the soundtracks sound fitting. Despite that, Master Chief has had to delay the release of the game several times due to technical issues.

But now that Master Chief is the lead developer, the Halo franchise is ready for a new game. It will be available on Xbox One, PC, and Microsoft’s Project Scarlett later in the year.