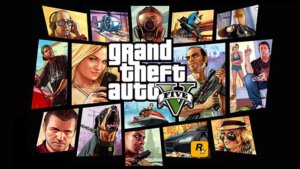 The abbreviation MMO stands for massively multiplayer online game and can basically be defined as a game that is able to support what can sometimes be thousands of different players at any one time. The virtual world in which an MMO takes place is never static and even when the user eventually decides to log off, there are events occurring which could well have an impact on your own individual gaming experience. For that reason, these games differ from the more traditional console-based games, where the aim is to complete the game and rely on the development of one’s character in terms of experience, wealth and various different abilities.

If you need convincing on the popularity of the genre then you need to look no further than the flagship MMO game, World of Warcraft, with Blizzard announcing back in 2014 that 100 million accounts had been created over the game’s entire lifetime. The question that remains, however, is, what is it about MMO games that has so deeply resonated with both casual and avid gamers alike?

The large majority of the virtual worlds that MMOs take place in are vast, varied and a joy to explore. What’s more, the environments are constantly changing and evolving and with numerous expansion packs adding to the already intricate designs, there’s always somewhere new to wander off to if you feel like going on an adventure. Grand Theft Auto V is an often cited example of one of the best open world games which can provide endless hours of entertainment, with a variety of options available to the user including paragliding, playing golf and tennis or even investing in the stock market if that sort of thing takes your fancy!

Whether you’re looking for guns, explosions or gun-thirsty mutants, MMO games are freely available online and there are a wide variety of titles available to suit even the most hard-to-please gamers out there. Moreover, there’s no real right or wrong way to play them and unlike the more traditional console-based titles, the game is never really over and there’s always some sort of new mission to undertake should you choose to accept it. Of course, there is often a main story mode that you can stick to if you so wish but at the end of the day, you’re pretty much allowed to do whatever you want (within reason) and it’s that variety which makes the genre so appealing to gamers of all types.

MMO games often bring with them a real sense of community, whether it be amongst your real-life friends or those that you’ve just met in-game and there have even been reported cases of people marrying after meeting each other in games such as RuneScape or World of Warcraft (don’t worry, though, that’s not a requirement). These kinds of experiences are totally unique to the genre and it’s difficult to think of many things more satisfying than completing a quest or mission with your friends and then discussing it with them the next day at work or school.

It’s Never Too Late to Get Involved

As has already been previously alluded to, the variety of games in the genre is quite astounding and there are new titles added to the already vast library almost daily, meaning there’s bound to be something that catches your eye when browsing through the MMO catalogue. What’s more, a large majority of the games are free to play or at least extremely cheap and so you’re not risking much if you just happen to dislike what you’re seeing playing out on the screen in front of you. What have you got to lose?

Find the Online Gaming Genre That Suits Your Gaming Style