Who would have ever thought Suspense would have introduced a horror tale featuring Dashiell Hammett’s legendary detective Sam Spade. Well, truth be told Spade isn’t a character in the main story though. The House in Cypress Canyon is what is traditionally known as a frame story;  a story within a story. The tale of a couple who encounter mysterious goings on in an unfinished home is framed by a meeting between detective Sam Spade (played by Howard Duff, who also played the detective in over 200 episodes of The Adventures of Sam Spade) and a friend who has discovered a manuscript regarding the mysterious house.

Film star Robert Taylor portrays a husband who has transferred to California, with his wife Ellen, just in time for Christmas and the couple find Cypress Canyon may not be the best place to promote marital bliss…

While The House in Cypress Canyon is considered one of the scariest shows from the Golden Age, Suspense only produced the tale once. I have tp say this is probably the cleanest audio edition of the show you’ll ever find too.

So turn out the lights and give a listen to The House in Cypress Canyon as it aired on Suspense December 5th, 1946. 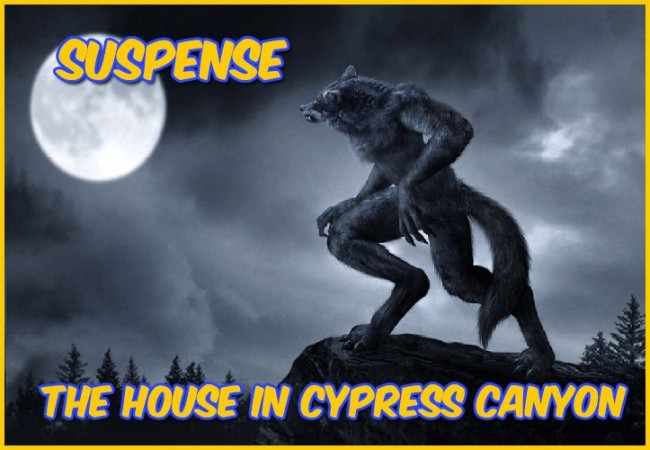