Talk about an episode which has nearly everything – Orson Welles; A script by Lucille Fletcher; Atmospheric (and unusually minimal) sound effects. The Hitch-Hiker, which is spelled in the style of the day, is surely one of my favorite old time radio scripts and just might keep you guessing until the very end.

Ronald Adams (Welles) is a young man making a cross-country trip from New York to California. On his way out of NYC he spies a mysterious man on the Brooklyn Bridge and continues to see the strange man along the road as he continues his travels. How could it be the Hitch-Hiker continues to dog Adams’ every move?

Although The Hitch-Hiker originally hit the airwaves on November 17th, 1941 no known recording of that broadcast is known to exist. Thankfully Suspense brought the story back in 1942, as did Welles himself for the The Mercury Summer Theater in 1946.

Flip off those lights and give The Hitch-Hiker a listen as it aired on Suspense back on September 2nd, 1942.

A lot of people will be familiar with this script since Rod Serling revived it, although with a female protagonist, for The Twilight Zone. Fletcher wrote the radio play specifically for Orson Welles. As she recalled in the forward to a published edition of the script adapted for the stage:

“The Hitch-Hiker was written for Orson Welles in the days when he was one of the master producers and actors in radio. It was designed to provide a vehicle not only for his famous voice, but for the original techniques of sound which became associated with his radio presentations.”

“… Orson Welles and his group of Mercury Players made of this script a haunting study of the supernatural, which can still raise hackles along my own spine.” 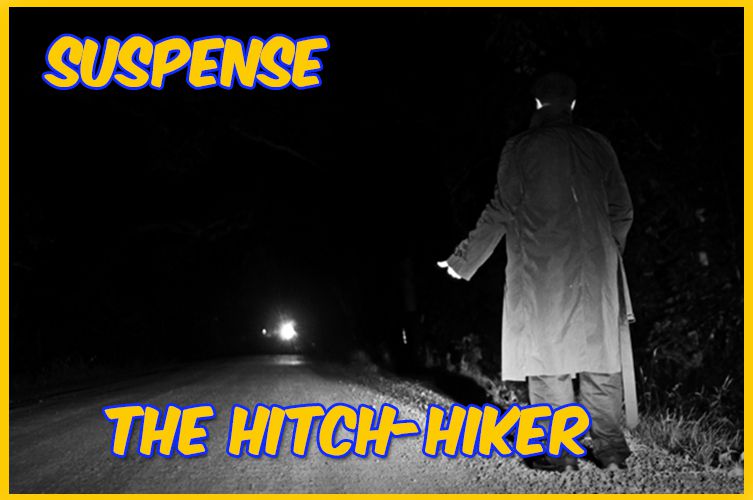