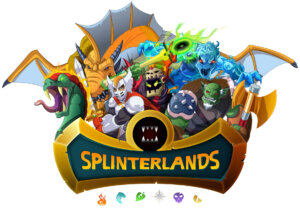 A weakness of several new Play to Earn projects is that they often concentrate more on the Earn than on the Play part since the NFT craze took the markets by storm. Weak gameplay hastily put together just to launch new tokens does not offer a good user experience. If you want an example of a high quality entertainment platform, check out bwin welcome offer with its rich choice of innovative games. Spinterlands, on the other hand, is an excellent choice for lovers of classical card games.

In this case, the cards are digital, but offer no less satisfaction. Splinterlands is a collectible trading multiplayer card game. Its design looks like a symbiosis between pokemon card games and World of Warcraft characters. The storytelling is based on a mystical world. The additional power comes from the fact that the game is built on the Steem Blockchain, which means fast transactions and complete transparency. All the items, from characters to land plots, are registered in a ledger (the blockchain) that cannot be tampered with. So, no cheating.

Once you are in the game, you can fight battles, conquer a world or solve quests, as in similar games. Spinterlands has been around for quite a while: the platform was co-founded in 2018 by Jesse Reich and Matt Rosen, both veteran gamers. But it only really exploded in the last couple of months: until July 2021, it had a daily user base of about 10,000. Before the end of September, the number had shot to 283,950.

There is no doubt that the soaring popularity of crypto and NFTs are the reason for Splinterland’s surge in volumes. Taylor Carmichael, who wrote an enticing review of the game on the Motley Fool on Sept. 19th, reveals that he discovered it while doing some research on crypto in 2019. And here is the secret: “The basic game is free to play, although you really, really, really want to spend the $10 to make the entire game available,” Carmichael explains. “Once you do that, you start acquiring ownership in the game’s monster cards, which are non-fungible tokens (NFTs) that exist on the internet. And what’s exciting for investors is that these cards appreciate in value, like comic books or baseball cards.”

The $10 is needed to purchase an item labeled Summoner’s Spellbook, which in turn unlock the possibility of buying Booster Packs of more powerful cards. Cards are bought, sold, and rented using the in-game cryptocurrency, called DEC. But they can also be purchased or sold for dollars on several third-party NTF marketplaces.

No wonder that Splinterland has turned into the most popular blockchain game: it’s a lot of fun to play and can earn you real money. What more could you desire?