Let’s return once again to CBS Radio Mystery Theater for tonight’s tale. I have to say I’ve always had a very soft spot for CBSRMT because when I was a little kid I used to get to stay overnight at my grandparent’s house every month or so. Normally this was on a Friday night and that meant I got to stay up late and give the Radio Mystery Theater a listen usually with both my grandmother and grandfather or sometimes just my grandfather. Even though the stories would give me a good chill, the memories of those nights are awfully warm.
Tonight we’re going to dive into The Judge’s House from late in the series run. This episode is adapted from a Bram Stoker short story. By this point the CBSRMT was losing steam and would only last about another year or so. This doesn’t meant there aren’t some classics from those final months though and this is one.
So turn out the lights and listen to The Judge’s House from CBS Radio Mystery Theater as it aired September 25th, 1981. 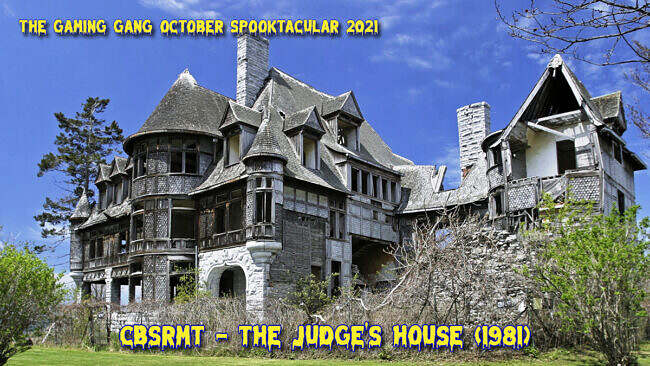