Another New York based suspense show, which had a short run, was Murder at Midnight. This was a syndicated show so it landed all over the dial on various networks, although ten of its fifty episodes ended up eventually airing on the Mutual network. Thankfully, the tales on Murder at Midnight didn’t go the route of the Inner Sanctum Mysteries Scooby Doo endings either as the majority of the episodes featuring what seemed to be the supernatural turned out to actually be the supernatural.

This is an interesting tale with a bit of an M. R. James sort of vibe as a professor studying the paranormal discovers an oracle which can forecast the future. But are there strings attached? There wouldn’t be any strings attached to divining the future would there? When, oh when, will radio characters realize if it’s too good to be true then it’s true it won’t be good?

Let’s turn out the lights and give a listen to The Kabbalah from Murder at Midnight as it aired on December 30th, 1946. 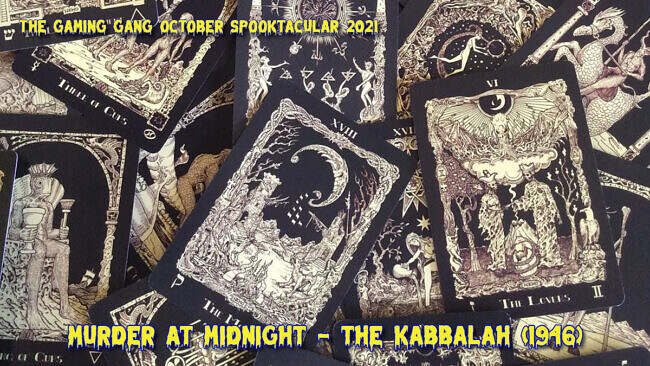