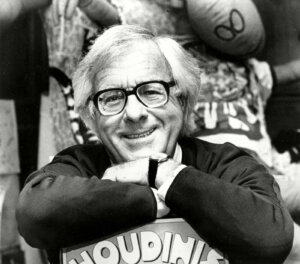 Tonight the Spooktacular continues with a classic from one of America’s premiere fantasists Ray Bradbury. Yes, it’s The Screaming Woman from Bradbury 13.

While many people consider Ray Bradbury as a master of science fiction, Bradbury himself never considered his stories to be SF but rather fantasy and I’m a firm believer that he was correct; you see Bradbury never worried about the how of the scientific aspects of his stories; he didn’t get into the specifics of how the rocket worked or how that time machine brought someone into the past or future. What Bradbury did focus on, spectacularly much of the time, was the human element of his tales. Something else Bradbury did extremely well was write about children as his protagonists. It seems the author never lost his childlike sense of wonder. While The Screaming Woman isn’t SF it is a scary little tale about a little girl who hears something terrifying coming from underground.

Also of note is the narrator of this episode, Paul Frees. Those of a particular age, or older, will immediately recognize the voice, if not the name, as Free provided voice work for a multitude of cartoons, most notable as the voice of Disney’s Professor Ludwig Von Drake. Frees provided the voices for a multitude of Walt Disney theatrical cartoons during the Golden Age of Animation. Frees also provided the voice of Boris Badenov in The Rocky and Bullwinkle Show. He also portrayed the unseen Ghost Host on the Haunted mansion ride at both Disneyland and Disney World. A contemporary of voice actor Mel Blanc, Frees was known as “The Man of a Thousand Voices.”

So turn out the lights and give a listen to The Screaming Woman from Bradbury 13 as it aired on National Public Radio May 14th 1984. 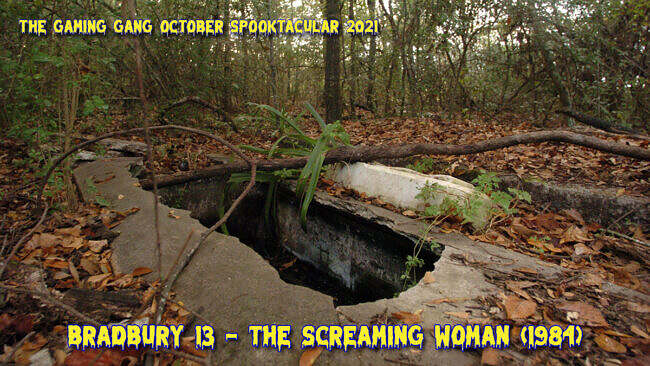