Yesterday, Flying Pig Games launched a Kickstarter to bring a second edition of the American Civil War game A Most Fearful Sacrifice to gamers everywhere. Designed by Hermann Luttmann, the game simulates the entire three day battle of Gettysburg. The game is for two to four players, ages 15+, and scenarios play in an hour or more. The Kickstarter provides options for those who own the first edition of the game too. The project is fully funded and you can reserve a copy for a $90.00 pledge through November 9th with an expected delivery of March 2023.

Jeff McAleer
Founder/Editor-in-chief of The Gaming Gang website and host of The Gaming Gang Dispatch and other TGG media, Jeff tackles any and all sorts of games but has a special fondness for strategy, conflict sims, and roleplaying games. Plus, he's certainly never at a loss for an opinion...
Latest posts by Jeff McAleer (see all)
Tags: A Most Fearful Sacrifice, Flying Pig Games, Hermann Luttmann, Kickstarter 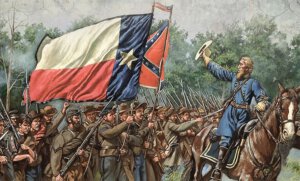 Yesterday, Flying Pig Games launched a Kickstarter to bring a second edition of the American Civil War game A Most Fearful Sacrifice to gamers everywhere.
0
Awful