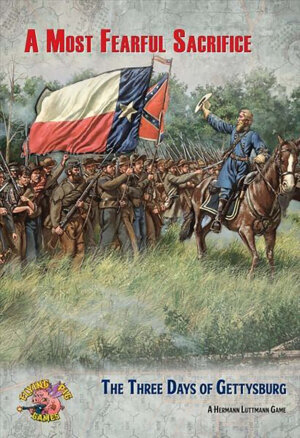 Today sees the launch of a Kickstarter for Hermann Luttmann’s latest wargame from Flying Pig Games. A Most Fearful Sacrifice focuses on the three day battle of Gettysburg during the American Civil War. The game is for two players and you can reserve a copy of the game for a $90.00 pledge through April 27th. Expected delivery is March 2022.