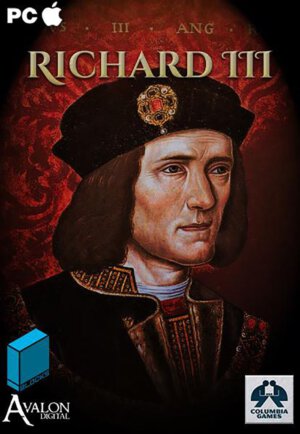 Columbia Games has been hard at work with Avalon Digital to bring their famed fog of war, block style wargames to digital and their first crowd funding project is nearing completion. Blocks: Richard III brings the classic wargame to PC and Mac as the player takes on the A.I. in one of three War of the Roses scenarios. The Kickstarter project is already near the 250% funding level and you can reserve a copy of the game for a $21.00 pledge through August 12th. Expected delivery of the finished product is October 2019.

Richard III is an epic two-player game concerning the long and bloody dynastic struggle between the houses of Lancaster and York for the throne of England. The game depicts both the vicious military campaigns and the rich political struggles that surrounded the late rule of the mad-king Henry VI, the Yorkist usurper Edward IV, the bloody rule of Richard III, and the early years of the first Tudor king, Henry VII. Also strutting across the game’s stage and toward the throne is Richard of York, the patriarch of the house of Plantagenet; Richard Neville, the notorious “Kingmaker”; the iron-queen of Lancaster, Margaret of Anjou, and the would-be Lancastrian king Edward, the Prince of Wales.

The game system employed in Richard III takes off where the award-winning Hammer of the Scots left off with innovative new rules to reflect the Wars of the Roses.