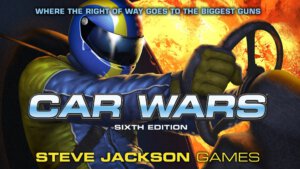 I was starting to think we’d never see an updated and revised edition of the auto dueling board game Car Wars but Steve Jackson Games launched a Black Friday Kickstarter to fuel it’s return. Based on the classic released in 1981, Car Wars Sixth Edition promises faster vehicle creation and gameplay while also featuring 1/64th scale miniatures. The project is past the 400% funding level and you can reserve a copy of the four player game and “ace” level stretch goals for a $75.00 pledge through January 6th. Expected delivery is November 2020.

The first car combat game, and still the best… Car Wars returns in a bigger, faster edition. The detailed 1/64 scale cars move, shoot, and catch fire the way you remember, with faster car creation and play. Once again you can rule the roads!

North America, A.D. 2069. It’s a new American frontier. The collapse of the U.S. government plunged the country back into the good old days — days of wilderness lawlessness, banditry, regional dictators, and of the men and women who combat them. Modern-day knights and gunslingers are in demand; but the automobile has replaced the horse, and the machine-gun and recoilless rifle have made the sword and Winchester obsolete.

Car Wars is the game of autoduelling; futuristic vehicular combat where the right of way goes to the biggest guns. Players design their cars — complete with weapons, accessories, and crew — and then take them into the arena where one emerges victorious . . . and the others are annihilated. 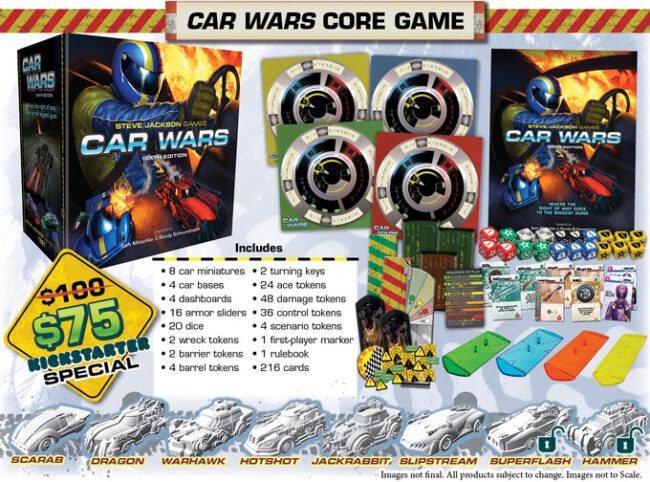