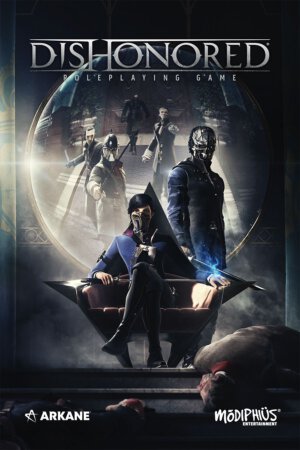 Modiphius Entertainment has released their latest in the 2D20 lineup of roleplaying games, and this core title tackles the world of Dishonored. Dive into the dark Empire of the Isles and take part in adventures steeped in the legend and lore of the hit Arkane Studios video game. The 308 page core book PDF is available for $19.99 at DriveThruRPG.

In Dishonored: The Roleplaying Game, players delve into the turbulent Empire of the Isles, to tell stories of occult lore, intrigue and drama. The Dishonored Corebook contains all the rules and background information you need to kickstart your adventure.