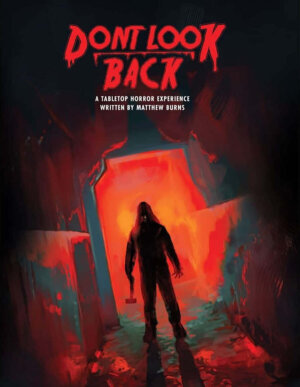 The horror slasher miniatures game Don’t Look Back is receiving a new edition from Black Site Studios. The game features four heroes being pursued by a relentless killer. The game is for one to four players, ages 14+ and carries an MSRP of $59.99.

The sound of heavy footsteps moves closer and closer. You and your friends came here for some fun, but now you’re fighting for your lives…. Welcome to Don’t Look Back.

Written by Matthew Burns and published by Black Site Studios, Don’t Look Back is a solo or cooperative tabletop miniatures game where you create a cinematic experience in a world of suspense and terror. Players control four heroes against a randomly generated AI Killer on a 3×3 foot playing surface.

Designed to be played in under an hour, this simple tabletop experience is perfect to play with friends or family. Fans of horror cinema will love recreating their favorite cinematic gore-fests in this fast paced and easy to learn game.

Originally launched in August of 2020 Don’t Look Back is now reprinting with a brand new box and improved components! This revised core set contains the core rules, rule booklet, miniatures, cards, and dice from the original set, but does not include the terrain. 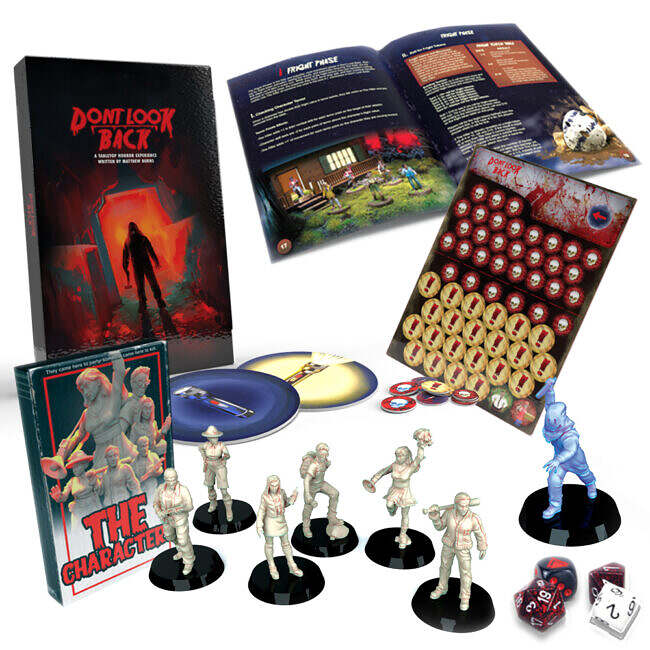