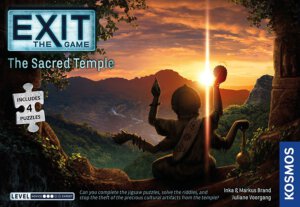 This Spring will see new releases in the EXIT: The Game series and April brings Exit: The Game + Puzzle – The Sacred Temple. One of two new titles including a puzzle from KOSMOS, this one sets the players on a race to find both a lost professor and the titular temple. The game is for one to four players, ages 10+, plays in around two to three hours, and will carry an MSRP of $24.95 when it arrives in April.

In Exit: The Game + Puzzle – The Sacred Temple, an exciting race through the jungle begins on a small island in the Indian Ocean, but before the players can explore the mysterious temple, they have to solve tricky puzzles and assemble four puzzles. Everyone on the team must do everything they can to achieve the goal while shaking off annoying treasure hunters.

In EXIT: The Sacred Temple, you are racing through the jungle on a small island in the Indian Ocean, trying to save the professor and find the Sacred Temple before the treasure hunters do.

Only this time it’s different because there are riddles within riddles hidden within puzzles. Like other EXITs before it, this game has no game board! But it also has no cards; instead, in this new addition to the EXIT series, there are four puzzles, which you will find during play and assemble one section at a time, one puzzle after another. Each puzzle creates an image that will show you what you need to find in the game and what each room looks like.

At the start of the game, all you have available to you are the puzzle bag containing pieces with a grayish-blue back and no pattern, and the decoder disk. But there are also strange items to be found within the game that may be used to help solve the riddles found in each of the puzzles.

The game ends when you have solved the last riddle and saved the Professor and the Temple! 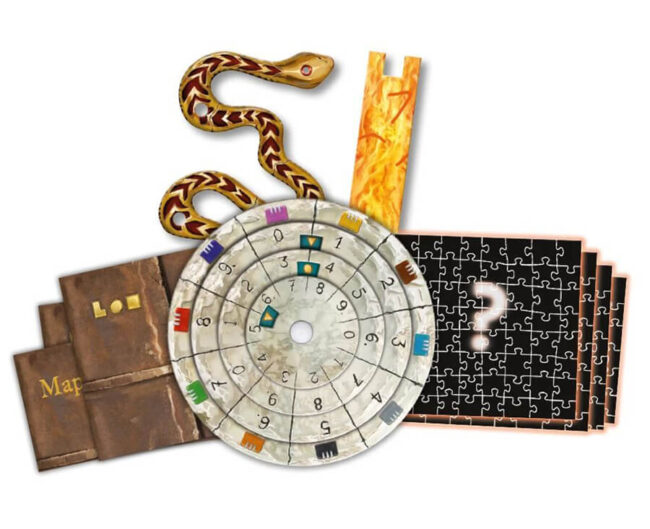