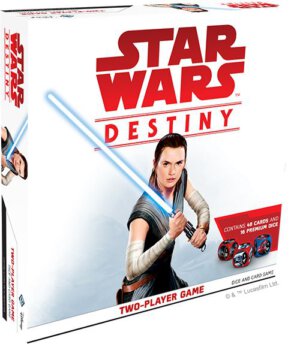 News of the latest Fantasy Flight Games Star Wars game actually leaked yesterday but in keeping with a Force Friday II theme I waited until today to post. The Star Wars: Destiny Two-Player Game is now available as gamers can take on the roles of Rey and Poe Dameron or Kylo Ren and Captain Phasma to do battle. The starter set includes updated versions of the characters as well as some new cards inspired by the upcoming Star Wars: The Last Jedi. You can jump right into the action with this boxed set and it carries an MSRP of $29.95.

“The Resistance will not be intimidated by you.”
– Poe Dameron, Star Wars: The Force Awakens

The Star Wars: Destiny Two-Player Game puts you in an epic battle as Kylo Ren and Captain Phasma challenge heroes Rey and Poe using the fast-paced and easy-to-learn Star Wars: Destiny system. The first player to deplete the health of their opponents through melee and ranged attacks wins the game!

The Star Wars: Destiny Two-Player Game features two twenty-three card decks, rules, and all the resource, shield, and damage tokens needed for a game of Star Wars: Destiny, allowing you and a friend to begin playing almost immediately!

The forces of the First Order and the Resistance are clashing, choose your side and duel with the Star Wars: Destiny Two-Player Game. Who will prevail in the epic struggle of heroes and villains? Only you can decide! 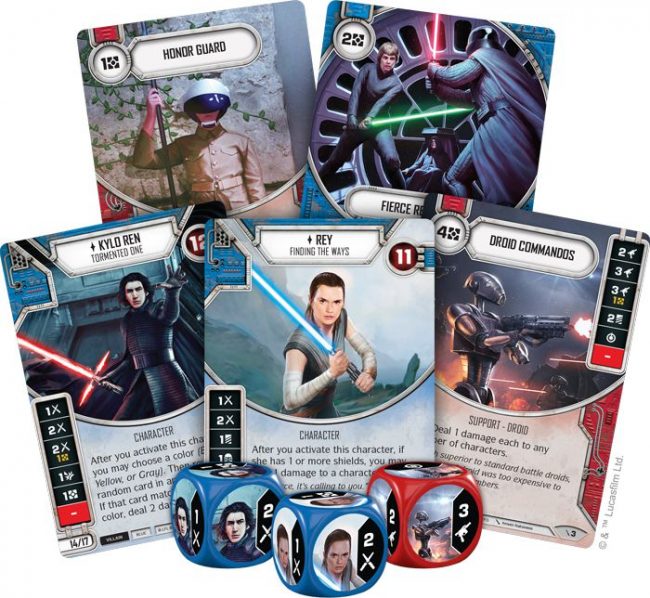