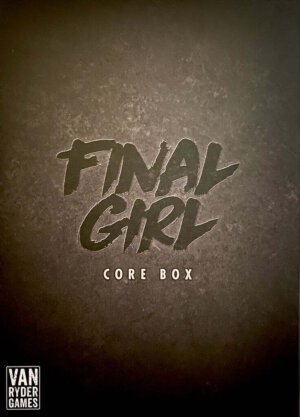 Following a successful Kickstarter, the slasher horror film inspired Final Girl is making its way into stores from Van Ryder Games. The solo game tasks the player with surviving being stalked by a ruthless killer while hopefully saving others from becoming the killer’s victims too. The game is for one player, ages 14+, plays in around 30 to 45 minutes, and the core box and each feature film expansion each carry an MSRP of $19.99. Keep in mind you must own the core AND a feature film expansion to play.

Playing on a famous horror movie trope, Final Girl is a solitaire-only game that puts the player in the shoes of a female protagonist who must kill the slasher if she wants to survive.

The Core Box, when combined with one of our Feature Film Boxes, has everything you need to play the game. Each Feature Film Box features a unique Killer and and iconic Location, and the more Feature Films you have, the more killer/location combinations you can experience!

In game terms, Final Girl shares similarities with Hostage Negotiator, but with some key differences that change it up, including a game board to track locations and character movement. You can choose from multiple characters when picking someone to play and multiple killers when picking someone to play against. Killers and locations each have their own specific terror cards that will be shuffled together to create a unique experience with various combinations of scenarios for you to play! 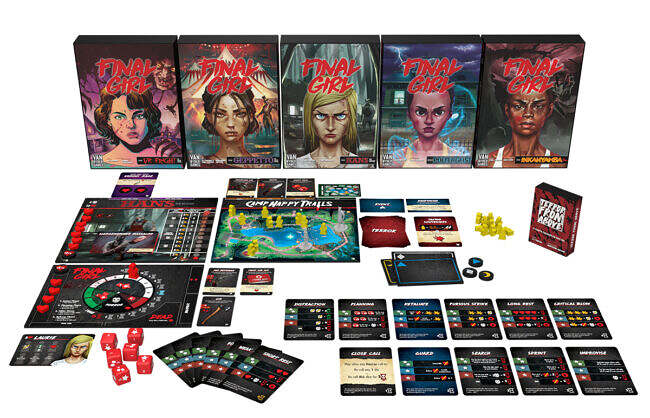