Z-Man Games has four titles in the pipeline for the first half of 2012: Feudality, Vinhos, Wok Star, and Atlantis Rising. Italicized descriptions come from the Z-Man games newsletter. 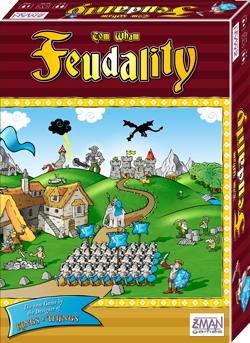 Arriving in stores this month is Feudality, a civilization-building game.

A long time ago in Europe, ages were pretty Dark. The distribution of wealth back then left a lot to be desired. Greedy people banded together to take things from other people so that the rich could get richer and the poor could have even less. Twas ever thus. Step into the middle of the normal state of human affairs as a Baron or Baroness somewhere almost in Europe a long time ago. Thanks to your birth you have a lot of little people working to make you richer, and you, in turn, are doing your best to make your king even more prosperous. If you do things right, you might someday be king. 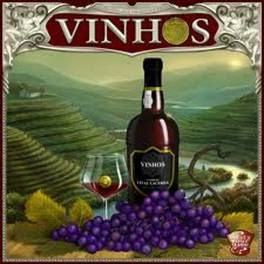 Next month comes Vinhos, a board game in which you run a winery.

In Vinhos, players take on the role of wine producers in Portugal. Over a period of six years, you will expand your business by establishing Estates in the different regions of Portugal, buying vineyards and building wineries. Skilled enologists will help you increase the quality of your wine, while top Wine Experts will enhance its features at the Wine Tasting Fair. To ensure a good reputation on international markets you must meet the requirements of various Countries, by consistently exporting high-quality wines, thus earning prestige for you and your company. 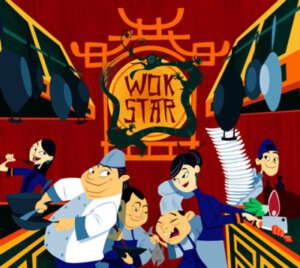 Arriving sometime before June will be Wok Star, which has actually been around for a while but is receiving the Z-Man treatment. Wok Star is a cooperative game where the players operate a Chinese restaurant.

Ever wondered what it would be like if you and your friends bought a Chinese restaurant, then had to push hard for 6 weeks to repay the loan? Wonder no longer!

Wok Star is a fun and furious game of filling orders, making money and working hard together to keep the business afloat! 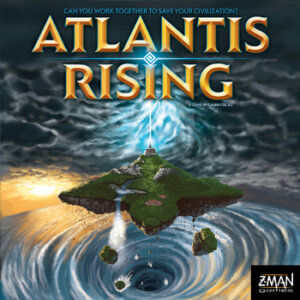 Atlantis Rising should hit store shelves around the same time as Wok Star and is another cooperative game as you team up in an attempt to save what remains of Atlantis.

Atlantis Rising is a new, fully co-op game, in which each player is one of the councilors of Atlantis nearing its doom. Using their advanced Atlantean science and the energy of their mystic power source, all must work together to construct a cosmic gate capable of transporting what is left of the island to safety, before their civilization is lost forever to the sea.