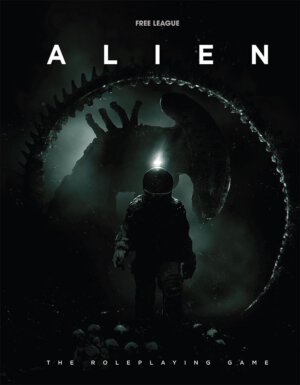 Adapting a beloved media franchise for tabletop play is a daunting proposition. Not only must a designer create a series of enjoyable, mechanically-sound systems for everything from combat to character creation, but they must do so within the confines of an established narrative world, complete with its own tropes, atmosphere, and internal logic.

With a franchise as beloved as Alien, needless to say, the margin for error was slim and the stakes were high.

Alien: The Roleplaying Game, however, delivers — and in a big way.

Free League understands what it takes to impart immersive worlds and leverages that knowledge to its fullest. Alien sets the stage early with thorough and compelling worldbuilding that never feels expository. Officer Charlize’s log from the USCSS Miranda, detailed in snippets throughout the first chapter, beautifully demonstrates the dread and uncertainty that helped give the game’s cinematic source material such staying power. 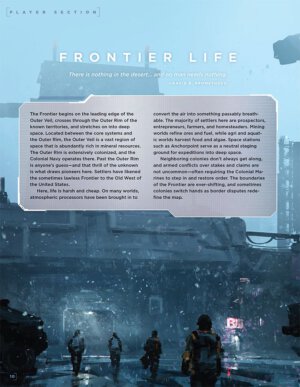 Games come in two flavors: Cinematic or Campaign. While the majority of rules overlap between the two systems, deviations do occur. Free League has done its best to minimize confusion, assigning each system a different symbol and taking care to note in the next when a rule applies to one, but not the other. Cinematic games are one-shots meant to closely mimic an Alien film. They rely on pre-generated characters and a fast and brutal style of play across three acts. Campaign games, by contrast, use player-created characters, take place over a number of sessions, and allow players to earn and spend experience points.

A clear overview of character creation precedes individual profiles of the nine character classes, known as “Careers.” In addition to choosing a Career —the options include Colonial Marine, Colonial Marshal, Company Agent, Kid, Medic, Officer, Pilot, Roughneck or Scientist— players distribute points across four attributes: Strength, Agility, Wits, and Empathy. Players then distribute points among the twelve skills and select a starting Talent, as well as gear, buddy, rival, and personal agenda. In an interesting twist, players can also choose to play as Androids — with or without the knowledge of their fellow players.

Gameplay works by rolling pools of d6s equal to a character’s rating in a given skill combined with their rating in the skill’s associated aptitude. While custom d6 dice are available for purchase, the game also includes instructions for their standard counterparts. As long as one die shows a success, the roll succeeds and the action moves forward. Should a failure occur, players can choose to push the roll, re-rolling all non-successes.

Pushing a roll, however, comes with consequences. A player choosing to push a roll immediately increases their stress level and adds a stress die to the pool. While this die does increase the chance of success, representing heightened responsiveness while under duress, it also creates the chance for the character to panic. Panic can result in anything from a close brush with disaster to complete catatonia and any number of nasty potential side effects in between.

These elements combine into a gameplay experience that viscerally gets the Alien franchise. Alien: The 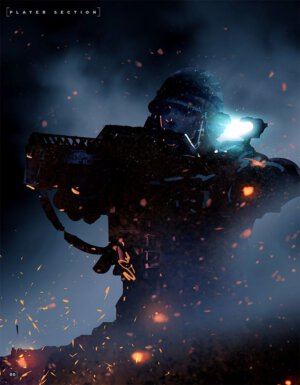 Roleplaying Game drops players into the midst of a deep space nightmare and refuses to let go. There’s a clear sense of ludonarrative consistency that works to elevate the experience into something really special. Fans and franchise newbies alike will be delighted by what’s on offer here — just as soon as their hearts stop racing.

GMs, referred to in the book as Game Mothers, will need some skill to execute an Alien game. Though the book provides plenty of support, controlling tension and building atmosphere can be a big ask for a first-timer, even with relatively straightforward mechanics.

True to form for Free League, the book’s layout itself is beautiful. Text is cleanly laid out, callout boxes make sense, and full color paintings add to the sense of world. Those playing by PDF will be thrilled to find an easily navigable table of contents accessed through your favorite reader’s sidebar. However, should the game at all interest you, picking up a physical copy will be a worthy investment, especially with the promise of additional forthcoming Cinematic supplements and additional sourcebooks.

Alien: The Roleplaying Game succeeds as an adaptation of the franchise as well as in isolation from it. It is immediately accessible both for fans of the films and those who just happen to appreciate well-designed horror games. Alien is also is likely to appeal to fans of Chaosium’s Call of Cthulhu as well as other Lovecraftian titles, drawing from the same well of primal dread and uncertainty — just remember to watch out for chestbusters.

TGG REVIEW
9.5 TGG SCORE
0 VISITORS' SCORE (0 votes)
Summary
Alien: The Roleplaying Game succeeds as an adaptation of the franchise as well as in isolation from it. It is immediately accessible both for fans of the films and those who just happen to appreciate well-designed horror games. True to form for Free League, the book’s layout itself is beautiful. Text is cleanly laid out, callout boxes make sense, and full color paintings add to the sense of world.
REVIEW SCORE
What people say... Leave your rating
Sort by: