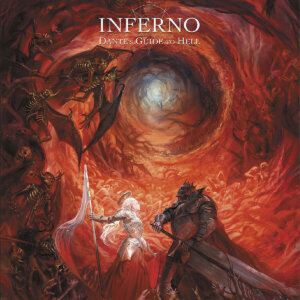 Following a very successful crowdfunding run Acheron Books will be releasing a new horror-centric 5E setting with Inferno. The setting consists of three volumes overall. The first volume, Inferno: Dante’s Guide to Hell, is a hardcover player’s handbook which will carry an MSRP of $49.00 when it hits stores in July (although some sources are indicating an August release…).

About the player’s handbook:

Inferno is the first original 5th Edition Dantesque Campaign Setting. Designed by Two Little Mice and published by Acheron Games, this volume is a labor of love which took three years to complete, adapting Dante Alighieri’s The Divine Comedy into a tabletop role-playing game. The core book, Dante’s Guide to Hell, is the game’s “Player’s Handbook”, and it focuses on character creation and options, setting-specific rules, and a deep description of the Inferno itself.

It can be read by players, and it explains why the PCs are there, who they are, what they can do in Hell, and how they can leave this supernatural realm. In Inferno, players are Lost Ones, living beings forced to enter Hell for some reason and trying to complete their voyage to the Last Gate, the only exit, before losing their Hope.

The origin of the Lost Ones can be customized by players to obtain different traits, backgrounds, and features. Other important rules of the setting include Hope, the most important PC resource, and the Infernal Emblems, the legacy gear of the Lost Ones.

The volume describes in detail 12 brand-new Archetypes with a 1-20 level progression. Every Archetype is a philological combination of traits, powers, and suggestions directly taken from Dante’s imagination. The book also includes a complete description of Hell, inspired by Dante’s masterpiece. 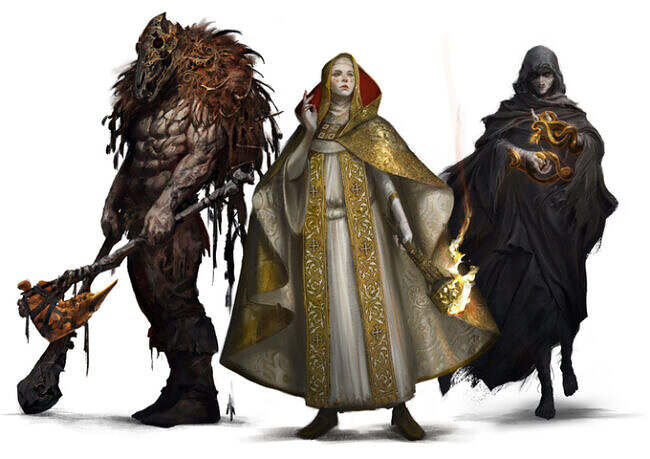