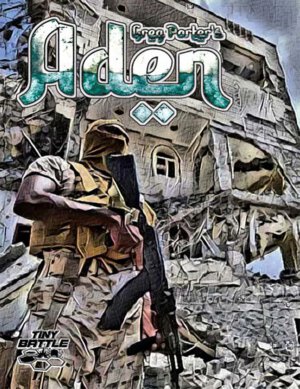 A new Greg Porter design is available for preorder from Tiny Battle Publishing. Aden tackles a hypothetical conflict in the titular port city in Yemen where government forces battle Iranian backed rebels. The game is for two players, ages 14+ (my guess), and can be preordered for $25.00 and the game should ship later this month.

The civil war in Yemen has been going on since 2015; fought between the government, a rebellious faction, and their respective allies. Each group claims to be the legitimate government of Yemen. The fighting uses everything from World War 2 leftovers to modern ballistic missiles, with Saudi Arabian troops and US drone strikes helping the government and Iranian arms aiding the rebels.
Aden is a 2-player (but very solitaire friendly) hypothetical campaign for control of this southern Yemen port city, a combined company- and platoon-level game where each battle takes place over the course of one or more days. Difficult terrain splits the east and west of the city, combatants often retreat to avoid taking losses before surging back, and making the most of your scattered leadership is the key to resupplying your people and sustaining an offensive. Units activate with a unique dice system, and combat is centered on an add-or-subtract dice method reminiscent of Greg’s Armageddon War.
The game remembers that Aden is a functioning city, with key points that will be strategic objectives in scenarios or have special combat effects. Destroy an enemy in sight of the international hotel where the media are staying? Extra victory points. Enemy is holed up near a major mosque? You cannot call artillery on them. 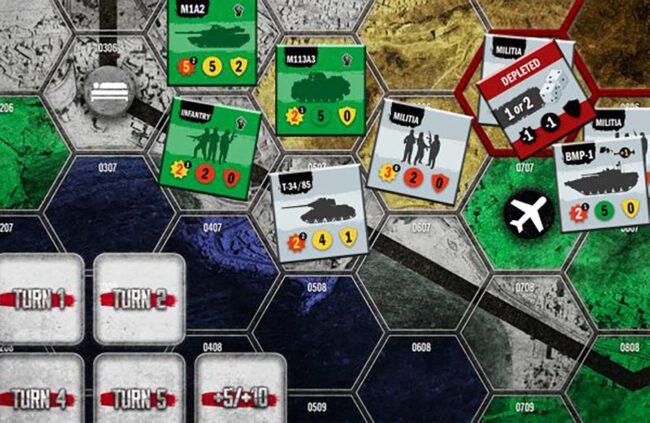 Score Big Savings with the EABA RPG Bundle of Holding