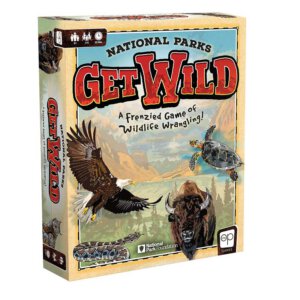 The Op Games has released a new dice based dexterity game for players of all ages. In National Parks: Get Wild, players will simultaneously compete to be the first to have only the correct animal in their park. The game is for three to six players, ages 6+, plays in around 20 minutes, and carries an MSRP of $19.99.

National Parks: Get Wild is an edge-of-your-seat dice game, where players race to restore ecosystems by returning animals to their respective parks. Roll the dice as fast as you can to be the one to have a park with only the required animals before other players. Showcasing 12 iconic National Parks with custom illustrations and fun facts about each park and the 6 featured animals, players will learn while having fun. It’s a wild dexterity game that features dice-rolling, habitat restoration fun for the whole family! 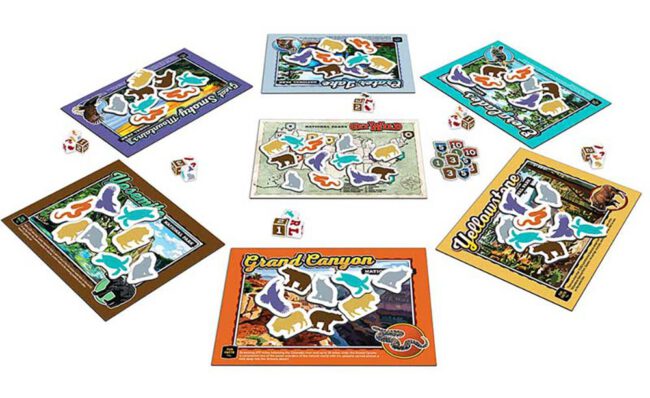