Paizo Inc and Q Workshop have revealed four new adventure path tie in dice sets for Pathfinder and Starfinder. The two Pathfinder sets are designed in the circus color schemes of the Extinction Curse Adventure Path and are available now. The first Starfinder set is perfect for the Attack of the Swarm Starfinder Adventure Path (the set arrives tomorrow, April 24th) while The Threefold Conspiracy takes inspiration from the new brand new AP and will be available on April 29th. Each dice set carries an MSRP of $13.00.

Q WORKSHOP has unveiled official Adventure Path dice sets designed and manufactured for the Pathfinder Extinction Curse, Starfinder Attack of the Swarm! and Starfinder The Threefold Conspiracy under a license with Paizo. Each is a complete set of seven polyhedral dice (d4, d6, d8, d10, d100, d12, d20) made from durable plastic and designed with precision engravings.

The Extinction Curse Adventure Path is a six-part, monthly campaign in which the heroes lead a traveling circus as they unravel a plot to eradicate all life from the islands of the Inner Sea. These sets include dice in red and blue, with yellow painting in complexly carved engravings. The Performer’s set contains a blue d20, d10, and d4. The Entertainer’s set is made with a red d20, d10, and d4. On the highest face, there is the symbol of a circus tent to help players take the stage and win the crowd. 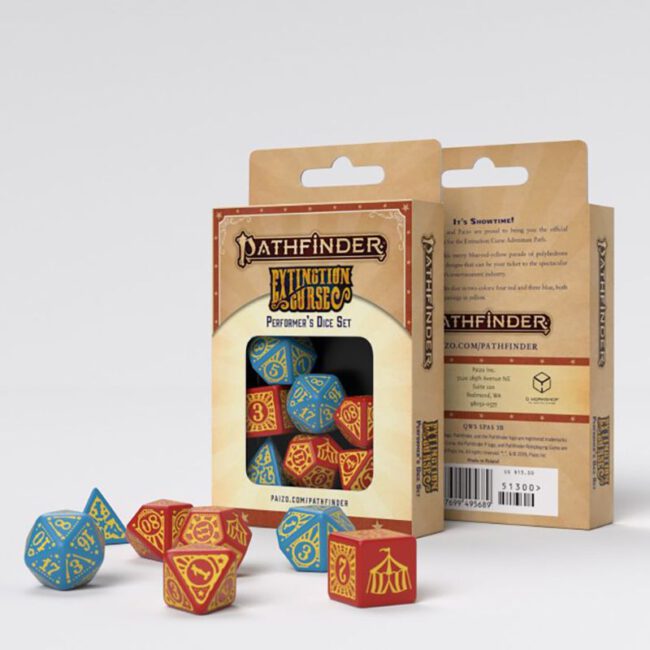 The theme for this campaign is the invasion of the Swarm – a highly intelligent and always hungry monolithic hive-mind with gargantuan living ships. This set is glacier blue with cloudy admixture that resembles mist covering dangers, emerging out of the blue. Q WORKSHOP adorned the faces with pale yellow painting to mark the digits looking like insects and larvae. On the highest faces of all dice, there are symbols of the archenemy of the campaign – the Swarm. 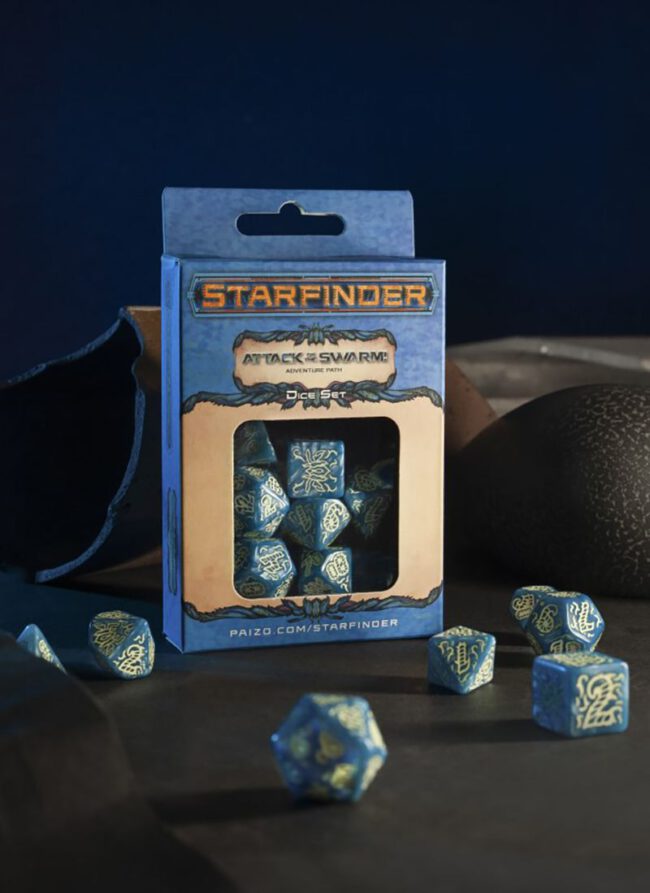 The Threefold Conspiracy Adventure Path is a six-part, monthly campaign in which the heroes unravel the machinations of insidious aliens who have infiltrated galactic society. Imagine that there are dice for revealing cosmic conspiracy theories. These dice could be a player’s best choice in their fight against twisted alien masterminds and their sinister plot. This set is dark gray with yellow paint to mark the digits and rich engravings. The whole design is inspired by science fiction movie thrillers, where the enemy is alien, unknown and hidden in dark corners of spaceships. On the highest face, there is the symbol of mysterious three triangles that symbolize three layers of space conspiracy. 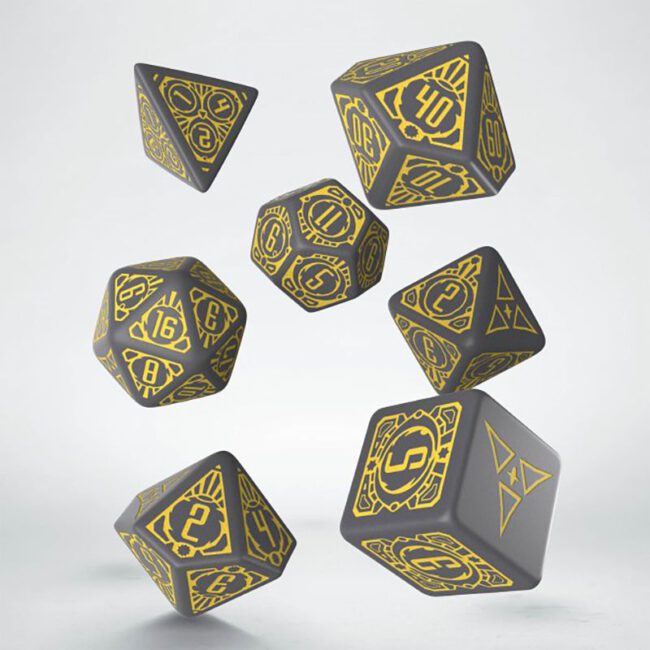