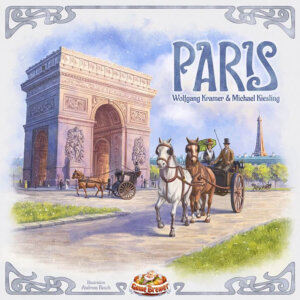 Game Brewer is releasing the Eurogame Paris. In game, the players will take the role of real estate developers building the City of Lights during the 19th century. Paris is for two to four players, ages 12+, plays in around 90 minutes, and will carry an MSRP of $55.00 when it arrives in stores shortly.

Explore Paris in the 19th century. Discover its renowned architecture and obtain the most eminent buildings in the right districts to achieve victory.

Paris is a typical medium-weight Kramer and Kiesling Eurostyle-game with straightforward gameplay, short player turns, and an ingenious point salad mechanism. You mainly score points by obtaining the right buildings and collecting the right bonus cards.

In Paris, you take on the role of wealthy real estate investors in the Paris of the 1900s. Paris is at the height of its transformation into one of the most beautiful cities in the world. After having successfully organized the World Fair in 1889, topped by the construction of the Eiffel Tower and celebrating the centennial of the Storming of the Bastille, Paris goes through a period known as “la Belle Époque”. The architecture of Paris created during this period ranged from the Beaux-Arts, neo-Byzantine, and neo-Gothic to Art Nouveau and Art Deco. It is your task to purchase some of these magnificent Parisian buildings in order to make a profit and invest in the development and upkeep of some of Paris’ most iconic buildings and landmarks. 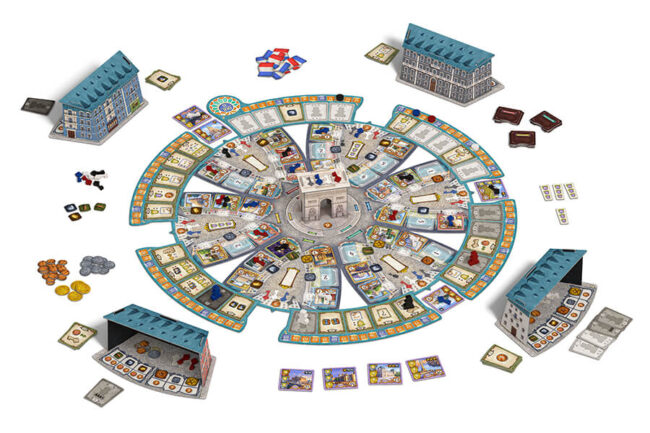 Lead Your Druidic Order to Glory in Oak