Paizo Inc has revealed their main solicits for September release and there’s plenty of RPG goodness to get you rocking and rolling with Starfinder and Pathfinder second edition. All of these following titles should release on September 18th.

Pathfinder Adventure Path #147: Tomorrow Must Burn (Age of Ashes 3 of 6) 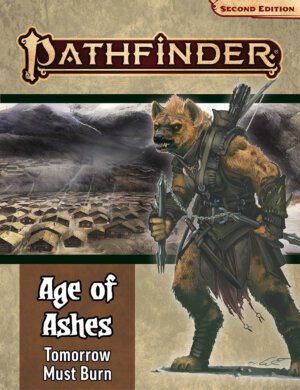 The Age of Ashes Adventure Path continues! In defeating the treacherous Cult of Cinders, the heroes discover a nefarious group pulling the cult’s strings—a mysterious merchant’s guild called the Scarlet Triad. Following clues and utilizing another portal found below their castle on Hellknight Hill, the heroes come to the recently founded nation of Ravounel, where they must stand against the Scarlet Triad as the group attempts to establish an underground slave trade. But as the heroes clash more and more with the Scarlet Triad, it becomes increasingly apparent the slavers have even more sinister plans for the Inner Sea region–plans that must be stopped!

Age of Ashes is the first Adventure Path using the brand new rules for the Pathfinder RPG. This third adventure is for 9th-level characters, and also includes a gazetteer to the newly formed nation of Ravounel, an exploration of the dragons of the world, a wealth of new options for player characters to discover (from magic items, spells, and feats, to a new class archetype), and more than half a dozen new monsters! 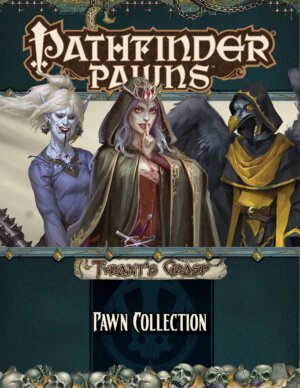 Monsters, friends, and foes from the Tyrant’s Grasp Adventure Path come alive on your tabletop with the Tyrant’s Grasp Pawn Collection, featuring more than 100 pawns for use with the Pathfinder Roleplaying Game or any tabletop fantasy RPG! Printed on sturdy cardstock, each pawn presents a beautiful full-color image of a monster or NPC from the Tyrant’s Grasp campaign, including gruesome undead, vile cultists, otherworldly soul-shepherds, and lots of other allies and enemies! 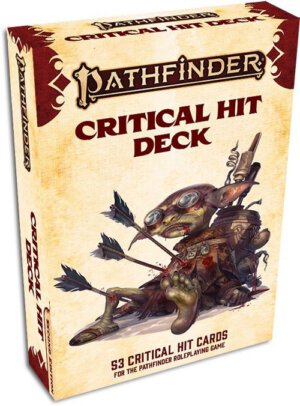 Scoring a critical hit can turn the tide of any battle, and with thes 52-card Pathfinder Critical Hit Deck you can turn those hits into devastating wounds, lasting afflictions, or even instant death! Never again simply increase the damage dealt on a critical hit and move on; instead, describe in detail how you crippled your enemy with an arrow to the knee, or how you scarred your foe with a carefully aimed bolt of magical fire. More than 200 in-game effects to add flavor and unpredictability to combat in the Second Edition of the Pathfinder Roleplaying Game!

Starfinder Adventure Path #20: The Last Refuge (Attack of the Swarm! 2 of 6) 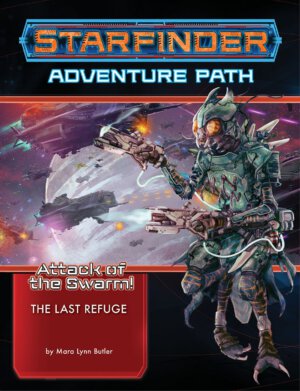 With a handful of survivors from a Swarm invasion as passengers, the heroes travel to a nearby colony world in search of safety. At the overburdened metropolis of New Grakka, members of a movement who believe the Swarm are punishment for the system’s sins are disrupting the military’s efforts to take in refugees. The heroes must stop these fanatics, as well as clear out a series of caverns beneath the city that could provide shelter and protection should the Swarm attack this planet. In the process, they discover clues that might help solve an ancient shirren mystery!