September brings loads of roleplaying game action and adventure from Paizo Inc. Here’s the latest on what major releases the month brings for both Pathfinder and Starfinder. 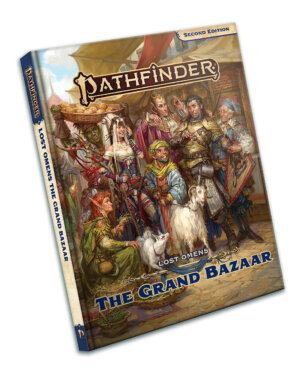 Be the first to market with Pathfinder Lost Omens: The Grand Bazaar! The Grand Bazaar is Absalom’s greatest marketplace featuring items from all over Golarion. Here, an adventurer can find equipment of all kinds to help them on their next quest like new weapons, armors, magic items, accessibility items to enable adventures for anyone, new animal companions, and more! The Grand Bazaar is also home to countless unique merchants and shops. Game Masters can use these new shops as part of their campaigns to flesh out the world and inspire new adventures. See what’s for sale at the Grand Bazaar, and snap up the good deals while you still can! 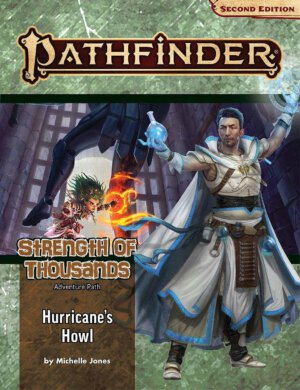 The Students Become the Masters! Lore-speakers are the teachers of the Magaambya school of magic, and the heroes have graduated and joined their ranks. Sent with their students to the edge of the Mwangi Expanse, these new teachers must unearth ancient ruins while keeping themselves and their students out of danger. When a student vanishes, the heroes uncover a nefarious plot to subjugate the rain-lashed Sodden Lands. They must liberate a town, stop an evil cult, and show their students how heroes stand as wardens of the world.

“Hurricane’s Howl” is a Pathfinder adventure for four 8th-level characters. This adventure continues the Strength of Thousands Adventure Path, a six-part, monthly campaign in which the heroes rise from humble magic academy students to influential teachers, and ultimately decide the fate of the Magaambya. This adventure also presents a comprehensive gazetteer of a Sodden Lands town, as well as new monsters and new rules flying in on the hurricane’s winds! 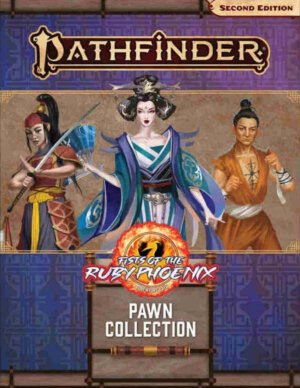 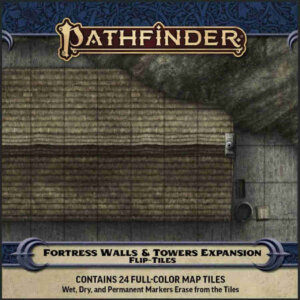 A fortress is only as strong as its walls and towers, and it’s here that many battles for a castle’s control are won or lost. Pathfinder Flip-Tiles: Fortress Walls & Towers Expansion provides beautifully illustrated 6″ by 6″ map tiles that can be used to expand your fortress with a variety of defensive walls, stairways, watchtowers, and more. Inside, you’ll find 24 richly crafted, double-sided map tiles. This expansion set, along with Pathfinder Flip-Tiles: Fortress Starter Set, allows you to create fortress maps quickly! So stop your sketching and start your flipping today. The Fortress Walls & Towers Expansion Set includes: 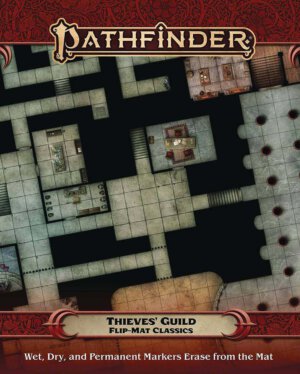 Whether your players are plumbing the depths of a treasure vault or escaping through a sewer, no Game Master wants to spend time drawing sites for the complex maze of a thieves’ guild. Fortunately, with Paizo Publishing’s latest Pathfinder Flip-Mat, you don’t have to! This line of gaming maps provides ready-to-use and captivatingly detailed fantasy set-pieces for the busy Game Master. Whether it’s used for a full-on invasion of a thieves’ guild’s headquarters or tracking down a burglar, this double-sided map is the perfect place for larcenous adventure! Don’t waste your time sketching when you could be playing. With Pathfinder Flip-Mat Classics: Thieves’ Guild, you’ll be ready next time your players dare to oppose the city’s criminals! 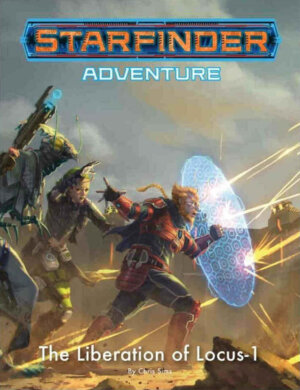 Starfinder Adventure: The Liberation of Locus-1

Welcome to Locus-1, a research station on the frontier, using magic and science to study a strange cosmological phenomenon known only as the Locus. But the inhabitants of Locus-1 are far from civilization and they have a problem: pirates, led by a fierce vesk captain from her starship, the Executioner, terrorize the system from a hidden base, and the station’s Science Council has turned to the Azlanti Empire for help. Now, deadly aliens are rampaging on the station, Xenodruids have gone missing, and the Azlanti have established an android labor camp on a nearby planet. Locus-1 needs heroes! Will you answer the call, facing both the Executioner and the Azlanti Empire in battle?

The Liberation of Locus-1 is a complete Starfinder adventure for 4th-level characters written by Chris Sims and featuring strange new alien creatures, new spells and equipment, and details on Locus-1 and the surrounding worlds—a rich setting that will take players many game sessions to fully explore. 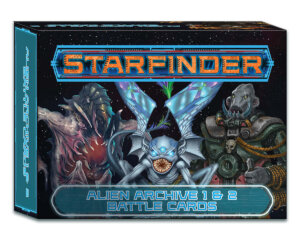 Keep the aliens of the Starfinder RPG close at hand with this massive collection of over 200 reference cards featuring every extraterrestrial creature from Starfinder Alien Archive and Alien Archive 2! Each 4 x 6 card is printed on sturdy cardstock and features a beautiful, full color image of a Starfinder creature on one side, while the other side provides that creature’s statistics for quick and easy reference. With each encounter, show the players what their characters are facing while keeping the monster’s abilities at the ready, and watch your games come alive! 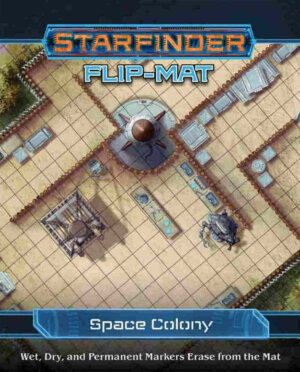 Whether the heroes are investigating the mysterious disappearance of a lost colony’s inhabitants or looking to put down their own roots on some distant planet, no Game Master wants to spend time drawing every prefab building and power generator. Fortunately, with Paizo’s latest Starfinder Flip-Mat, you don’t have to! This line of gaming maps provides ready-to-use science-fantasy set pieces for the busy Game Master. This double-sided map features two newly established colonial settlements. Don’t waste time sketching when you could be playing. With Starfinder Flip-Mat: Space Colony, you’ll be ready the next time your players want to settle a new world!

All of these are set for an early September release.