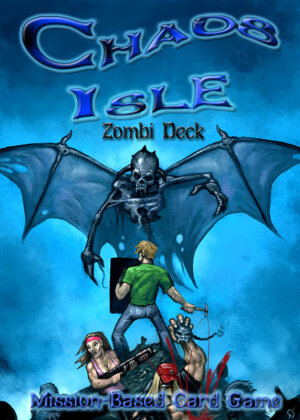 Nothing brings to mind thoughts of the holiday season quite like zombies! Or maybe I should say “Zombis”? RealmsMasters Game Forge has announced a special bundle containing their core zombie card game, Chaos Isle, including all of the expansions released to date. They’re calling it The Whole Damn Thing!

Here’s the scoop direct from RealmsMasters: 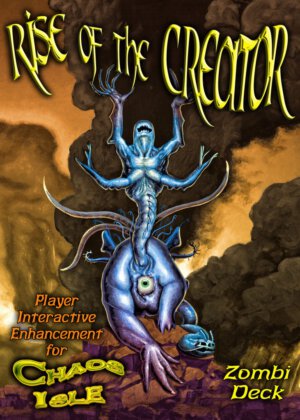 The Chaos Isle core deck, the first 3 Expansions (Fresh Meat, Reinforcements, The Lunatics) and the brand new Rise of The Creator player interactive enhancement deck. All for just $37 and dirt cheap shipping all over the world! (Bought separately normal cost is $47). On top of that, for those of you buying the Heroes of Chaos Isle promo character set from the BGG Store, we’re knocking an additional $5 off the shipping!

It is our goal to get all the zombies we can into every available household this holiday, so we’re making The Whole Damn Thing available throughout the Holiday Season. Stuff a Zombie under your tree this Christmas. Enjoy!”