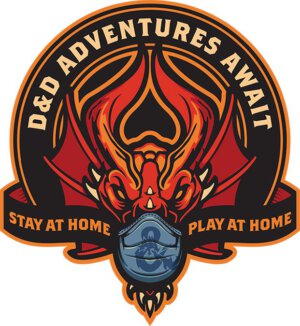 Wizards of the Coast today announced that the company will distribute 2,000 digital kits to schools and libraries in the U.S. and Canada to provide educators and librarians with resources to engage their communities with Dungeons & Dragons and Magic: The Gathering virtual play while many are practicing social distancing.

Each kit will include a Legendary Bundle for D&D Beyond that unlocks access to all current rules and adventure content for D&D as well as a 15% discount on future D&D Beyond purchases and 30 Magic: The Gathering Arena digital codes, which can be redeemed for three Ikoria booster packs. The kits will also feature tips to help teachers and librarians engage their audiences in a virtual play environment.

Kits will be available upon request through the Wizards of the Coast customer service request portal to organizers over the age of 18 who are employed by or official volunteers at enrichment organizations, such as a schools, libraries, community centers, and scout troops, and represent the organization’s gaming programming.

D&D Beyond is a web tool and online repository for all officially published fifth edition D&D rules and adventures that provides players access to their characters and rules right at their fingertips. Magic: The Gathering Arena is the free-to-play digital version of Magic, and an exciting, feature-rich experience for anyone with a PC including tutorials to onboard players into the game and free starter decks.

“Right now, play, imagination and connection with the people you care about are more important than ever,” said Nathan Stewart, VP of the Dungeons & Dungeons Franchise. “With these resources, we want give back to communities and make it as easy as possible for as many people to roll with advantage during this difficult time.”

Dungeons & Dragons offers additional resources on the Stay at Home, Play at Home portal, including new, free content released on a daily basis at 5pm PT, as well as tips and tricks for families and children to master remote play. Even more content is available on the DM’s Guild, a PDF web store containing thousands of D&D adventures and supplements for all editions of D&D, and the home to all official organized play content for the D&D Adventurers League.