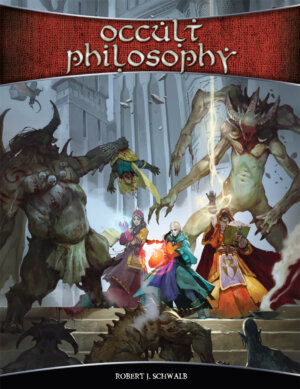 There’s more Shadow of the Demon Lord PDF savings to be had at Bundle of Holding. The Demon Lord Victims Bundle features plenty of Schwalb Entertainment action and you can get aboard starting at $9.95. You can score these savings through November 9th and ten percent of each payment (after payment gateway fees) for this offer will be donated to the charity designated by Demon Lord designer Robert J. Schwalb, the Wildlife Conservation Society.

Careful, hero! This Demon Lord Victims Bundle of dark-fantasy supplements for the Shadow of the Demon Lord tabletop roleplaying game is a companion to our resurrected Shadow of the Demon Lord Bundle. If you haven’t already purchased that offer, either in its original May 2017 run or its previous revival, start there. Then return here for this all-new offer of dozens more supplements and sourcebooks from Schwalb Entertainment that open new paths into the Lands in Shadow.

For just US$9.95 you get all twenty-six titles in this offer’s Starter Collection (retail value $52) as DRM-free .PDF ebooks:

And if you pay more than this offer’s threshold price of $19.95, you’ll level up and also get this offer’s entire Bonus Collection with twenty-three more titles worth an additional $50.50, including the 200-page spellbook Occult Philosophy, the complete campaign Queen of Gold: Tales of the Pirate Isles, and nearly two dozen Monstrous Pages, a bestiary series with titles like Wretched and Unclean, Foulest Reptiles, Noisome Beasts, and Horrific Parasites. Yum!

Remember, if you don’t already have the revived May 2017 Shadow of the Demon Lord Bundle now in progress, start there.