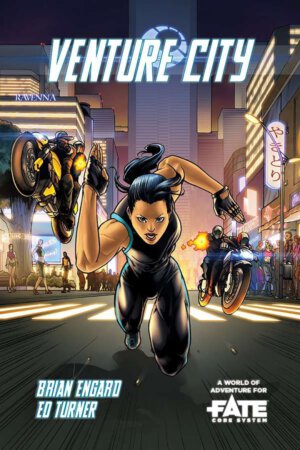 Bundle of Holding launched a new batch of RPG savings yesterday featuring the Fate system from Evil Hat Productions. You can get on board the Bundle of Fate 5 starting at $7.95 and can unlock the whole enchilada at the $18.99 threshold. These savings continue through December 1st.

Adventurer! This Bundle of Fate 5 is our fifth bargain-priced collection of tabletop roleplaying campaign settings and sourcebooks that use the popular Fate rules system. Like its predecessors, this new offer ranges across many genres — military space opera, future dystopias, 1980s action-adventure, monster-movie noir, genepunk, and lots more — all using the same consistent, fast-playing Fate rules, and all from the fountainhead of Fate, Evil Hat Productions.

For just US$7.95 you get all eight titles in our Starter Collection (retail value $30.50) as DRM-free .PDF ebooks, including the full-length Venture City Superpunk Sourcebook, the massive supplements Strange Tales of the Century (originally in our May 2014 Spirit of the Century Bundle) and its recent 1980s-era update Shadow of the Century, the Pulp Hall of Fame (a Bundle exclusive, also from 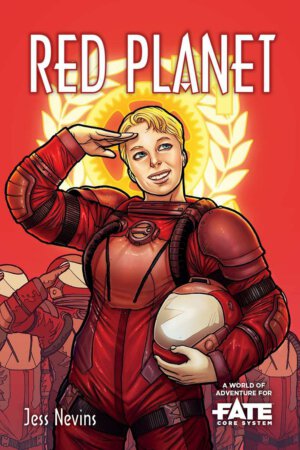 And if you pay more than the threshold price of $18.92, you’ll level up and also get our entire Bonus Collection with eleven more titles worth an additional $61, including the military space opera Tachyon Squadron and three of its supplements (Starfighter Academy, Those Who Were Here Before, and Inside the Dominion of Unity); Uprising: The Dystopian Universe RPG and its new expansion Revolutionary Messages; the Fate Horror Toolkit; and four more Worlds of Adventure: Nitrate City, Red Planet, The Crisp Line, and Iron Street Combat.

Ten percent of your payment (after payment gateway fees) will be donated to this offers’ designated charity, The Trevor Project.