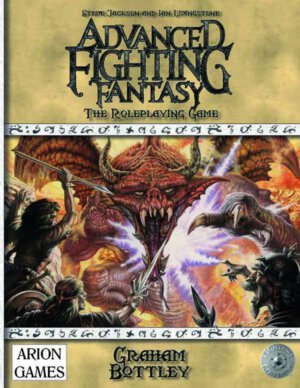 The latest Bundle of Holding RPG offers are providing huge savings on the Advanced Fighting Fantasy series from Arion Games. Focusing on the basics you can score the core PDFs of the system, plus extra goodies, starting at $7.95. If that’s not enough you can grab the second offer, featuring more recent releases, starting at $9.95. The offers run through July 7th and ten percent of your purchase, minus gateway fees, will be donated to Coppafeel.

About the core book bundle:

For just US$7.95 you get all four titles in this revived offer’s Starter Collection (retail value $40) as DRM-free .PDF ebooks:

And if you pay more than this revival’s threshold price of $18.61, you’ll level up and also get this offer’s entire Bonus Collection with five more titles worth an additional $59: